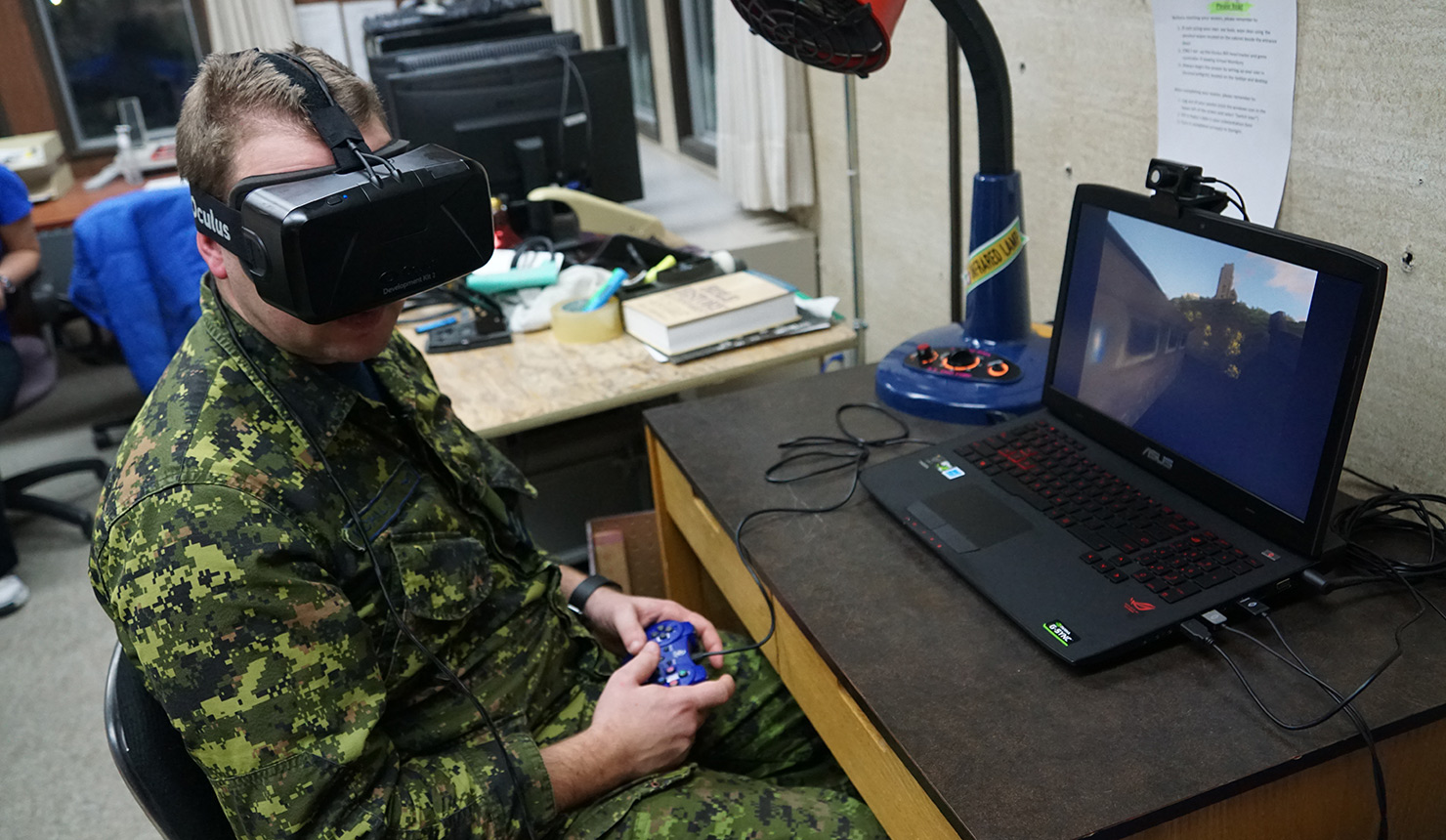 Dartmouth physician and former astronaut Jay Buckey is leading a team of international investigators testing new virtual reality technology in the Arctic this winter. Their goal is to see whether simulated natural beauty can relieve the psychological challenges of living in the isolated confines of deep space travel.

The test site is the Canadian Forces Station Alert (CFS Alert), the most northerly, permanently inhabited location in the world, only 817 kilometers from the geographic North Pole. The project got underway last week. Its primary goal is to find “effective ways to maintain and even improve astronauts’ psychological health on long-duration space flights” to Mars and elsewhere, says Buckey, the project’s principal investigator and a professor at Dartmouth’s Geisel School of Medicine.

The technology will bring nature’s restorative sights and sounds to the inhabitants of CFS Alert, immersing them in virtual reality scenes from New Hampshire’s beautiful mountains, produced by Dartmouth’s Digital Arts Leadership and Innovation lab (DALI), and picturesque landscapes from Australia and Ireland. The CFS Alert crew will also experience virtual scenes and sounds called “Virtual Wembury,” produced by Professor Robert Stone at the University of Birmingham, that allows users to navigate Wembury, a seaside village in the United Kingdom. Virtual Wembury is currently part of a research program in the U.K. sponsored by the Royal Centre for Defence Medicine, evaluating the impact of virtual scenes of nature on the recovery patterns of patients within the Intensive Care Unit of Birmingham's Queen Elizabeth Hospital. At the project’s conclusion, the CFS Alert crewmembers will be asked to rate the virtual scenes for their realism and immersion, which scenes they preferred and why, and how the scenes affected their mood and stress.

The Dartmouth-led project includes Defence Research and Development Canada (DRDC), an agency of Canada’s Department of National Defence, and is supported by NASA’s National Space Biomedical Research Institute (NSBRI). The research is designed to enhance psychological health in space, but it is useful in other settings such as intensive care units.

Since 2001, in a separate project, Dartmouth, Harvard and other institutions have been developing the “Virtual Space Station,” an interactive suite of software programs designed to maintain astronauts’ psychological health and to resolve interpersonal conflicts on long-duration missions, with support from NSBRI. The mental challenges of long-duration space flights have been studied for years, but astronauts currently have audio and video access to ground support only when communication links are available. On longer missions like one to Mars, transmission delays will make real-time therapy problematic. Computer-based treatment offers an autonomous way to address these important problems. The current Virtual Space Station system includes self-guided multimedia programs on depression, conflict and stress management.