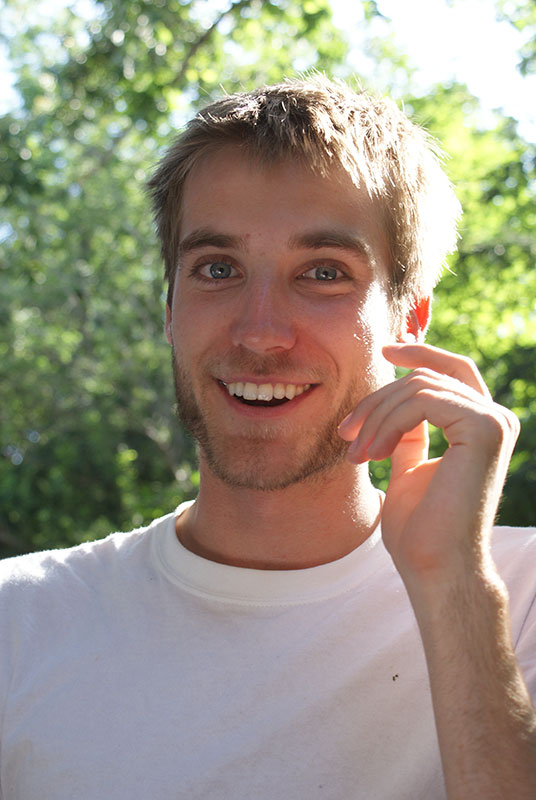 Growing up in a small town in the woods of northern Maine, Jake Stevens was no stranger to medicine—both his mother and his aunt were nurses.

"I've been interested in science and math since childhood," Stevens recalls. "I'd considered becoming an engineer until I took an anatomy and physiology class during my senior year in high school and loved it."

His fascination, though, was rooted in science and research rather than medicine.

When his aunt died from breast cancer, Stevens witnessed first-hand the intersection of science with the day-to-day realities of medicine and patient care—they came together in a way that made sense to him. "Although my mother and my aunt were good role models, it wasn't until that moment that medicine interested me as career," he says.

Even so, Stevens majored in neuroscience in college. Immersed in bench research, he eventually realized it wasn't for him—he missed daily interactions with others and the resulting relationships. That's when he made the decision he could no longer avoid. He decided to become a doctor.

"I shadowed a few doctors and thoroughly enjoyed it," he says. "So my decision to go to medical school was a natural, slow evolution rather than a 'hot moment'."

Stevens chose Geisel School of Medicine because of its unique collaborative community and small class size—an avid hiker he was also drawn to the beauty of region.

I have no regrets about Geisel—for me it was about embracing the uniqueness of the community.

"Initially, I thought about practicing family medicine—I definitely liked interacting with patients more than I expected," he says. "But now I'm going into internal medicine."

His initial enthusiasm for physiology along with his desire to deeply connect with patients, led to a related interest in acute physiology, and during his fourth-year clinical rotation in nephrology at Dartmouth-Hitchcock Medical Center, Stevens found the patient experiences he sought.

"Unexpectedly, I found that I made deeper connections with acutely sick patients—the acuity of their illness really dictated how quickly you formed relationships with them and their families," Stevens says. "I found it to be a fulfilling interaction."

This summer, Stevens begins an internal medicine residency at Massachusetts General Hospital (MGH), in Boston, MA. "I want to be part of an academic hospital and to remain in New England to be close to my family," he says. "I like MGH's rigorous program and the fact that it's a general hospital." He also likes the hospital's night float system, which ensures there's always someone on-call from the team to provide continuity of care.

Cheerful and easy-going, Stevens says he has no regrets in choosing Geisel, "Dartmouth has the resources of a major academic research facility, but the relationships you have here, compared to those of a larger school, are more personal—you can really get to know everyone, including faculty, really well.

"It's real here. It's comfortable, supportive and not at all stuffy," he adds. "It's a place where you can thrive."