Geisel School of Medicine at Dartmouth Fourth Oldest Medical School in the U.S. 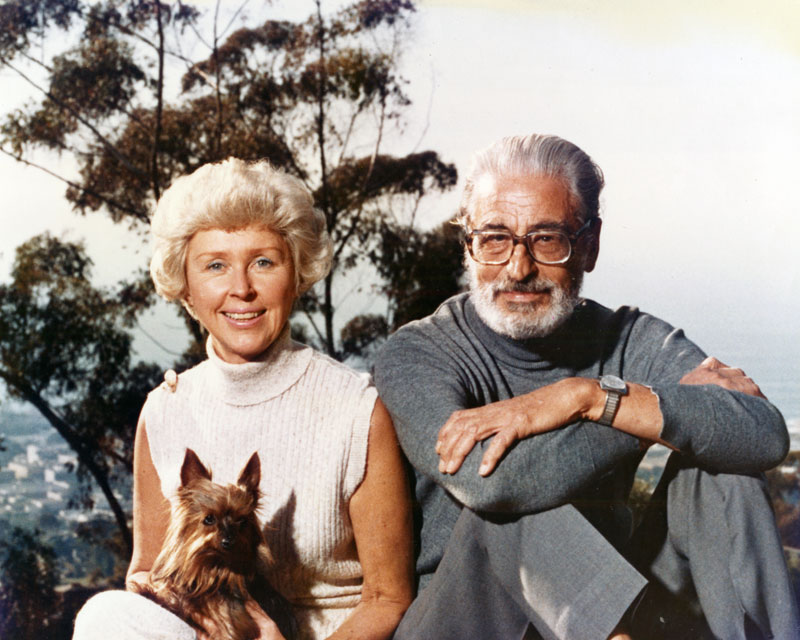 Hanover, N.H.—Dartmouth College announced today the naming of its medical school, founded in 1797, in honor of Audrey and Theodor Geisel. Their generosity to Dartmouth during their lifetimes and through their estate plan renders the Geisel family the most significant philanthropist to Dartmouth in its history. Theodor "Ted" Geisel, known worldwide as the author and illustrator, "Dr. Seuss," was a Dartmouth graduate of the Class of 1925.

"Naming our school of medicine in honor of Audrey and Ted Geisel is a tribute to two individuals whose work continues to change the world for the better," said Dartmouth President Jim Yong Kim. "Ted Geisel lived out the Dartmouth ethos of thinking differently and creatively to illuminate the world's challenges and the opportunities for understanding and surmounting them. His vivid storytelling—with its whimsical imagery, fanciful phrasing and deeper meaning—lives on and raises children's literacy around the world to new heights by entertaining, amusing, and educating. Audrey and Ted Geisel have cared deeply for this institution, and we are enormously proud to announce this lasting partnership."

"Ted and Audrey Geisel's work and life serve as a timeless example for our future physicians at the Geisel School of Medicine," said Wiley "Chip" Souba, vice president for health affairs and dean of the medical school. "We teach our students to be compassionate, to pursue new knowledge that benefits their patients, and to have the courage and humility to make a profound difference in the lives of others." 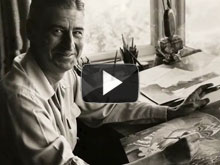 Watch the video announcing the Geisel School of Medicine

"Ted would be proud to have his name forever connected to one of America's finest schools of medicine ... a school that's doing much good in the world," said Audrey Geisel, who was married to Ted from 1968 until his death in 1991. "Given my background as a nurse, this moving gesture on the part of Dartmouth joins Ted's great love of his alma mater and my passion of caring for others through the practice of medicine."

Naming of The Audrey and Theodor Geisel School of Medicine at Dartmouth will amplify support for medical students as they progress on the path to becoming physicians and scientists and accelerate the research aspirations of faculty. The exceptional benefaction of the Geisel family will support Dartmouth's goal of becoming one of the top medical schools in the world for preparing physician leaders who will tackle the increasingly complex undertaking of transforming health care.

The Geisel family and origins of Dr. Seuss

Ted Geisel was born March 2, 1904, in Springfield, Mass. As Dr. Seuss, he authored and illustrated more than 50 children's books that have been translated into more than 20 languages. He won a Pulitzer Prize, three Academy Awards, two Emmys, and two Peabody Awards for his literary creations. He published his first children's book, And to Think That I Saw It on Mulberry Street, in 1937, and went on to pen many well-known classics, including, The Cat in the Hat, How the Grinch Stole Christmas!, Horton Hears a Who!, The Lorax, The Sneetches, and Green Eggs and Ham. You're Only Old Once!, a book for readers over 50, follows its character through a series of medical check-ups and the process of being "properly pilled" and "properly billed." 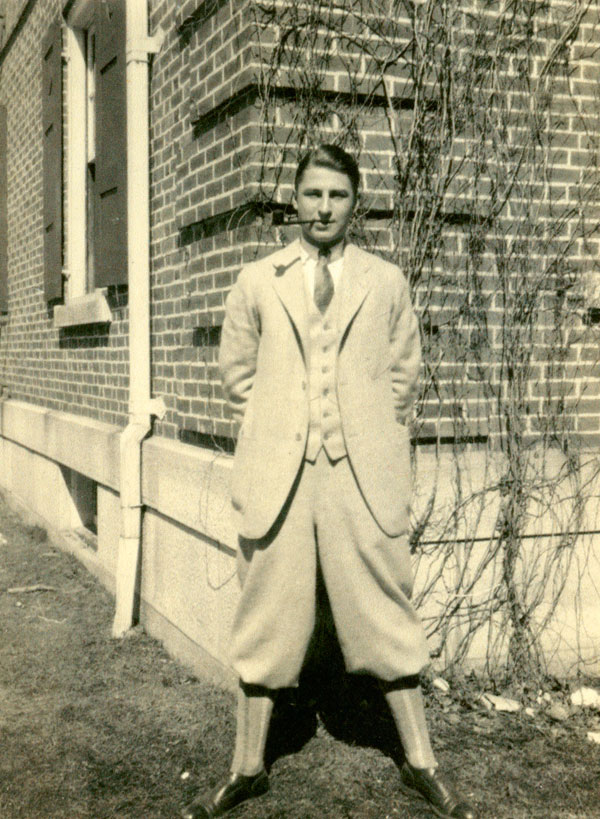 As a student, he wrote for and eventually became the editor-in-chief of Dartmouth's humor magazine, The Jack-O-Lantern. On April 11 of his senior year, Geisel organized a party for the The Jack-O-Lantern staff to celebrate the spectacular success that the humor magazine enjoyed during his tenure as editor. Geisel and company's revelry was not well received by the dean, and Geisel was told to resign from all extracurricular activities at Dartmouth, including the college humor magazine.

In order to continue work on The Jack-O-Lantern without the administration's knowledge, Geisel began signing his work for the first time with the pen name "Seuss."

In addition to his celebrated children's books and productions, Geisel also worked as a political cartoonist, as an illustrator for advertising campaigns, and in the animation department of the U.S. Army during World War II. His prolific writing continued throughout his life. He wrote Oh, the Places You'll Go! when he was 86 years old, and was working on scripts for a movie version the week before his death at age 87 in 1991. His birthday of March 2 is now aptly recognized as National Read Across America Day in the United States.

Audrey Geisel was born in Chicago and grew up around New York City. She followed her mother's professional path and became a nurse, working at Cambridge City Hospital in Massachusetts, among other hospitals.

Audrey has two daughters: Lark Grey Dimond-Cates is a sculptor in California. She created the 22 bronze sculptures that compose The Dr. Seuss National Memorial Garden in Springfield, Mass., and also was commissioned by Dartmouth to create a Dr. Seuss-themed bas relief for the Theodor Seuss Geisel 1925 Room at Dartmouth's Baker-Berry Library. Another daughter, Lea Dimond, lives in California and owns a children's bookstore in San Francisco called Thidwick Books. Thidwick, the big-hearted moose, is a Seuss character.

The recipient of an honorary degree from Dartmouth in 2000, Audrey Geisel serves as president of Dr. Seuss Enterprises and oversees the management of Dr. Seuss-licensed characters. She was the executive producer alongside Christopher Meledandri, a 1981 Dartmouth graduate, on 20th Century Fox Animation's adaptation of Horton Hears a Who! in 2008, and has supported the creation of the new PBS animated series The Cat in the Hat Knows A lot About That! Audrey Geisel worked with Random House in 2011 to publish The Bippolo Seed and Other Lost Stories, which assembled seven "lost" Dr. Seuss stories originally published in the early 1950s. The publisher referred to the book as "the literary equivalent of buried treasure." Audrey and Meledandri joined forces again to produce The Lorax, an animated 3-D movie that premiered March 2, 2012.

A longtime resident of La Jolla, Calif., Audrey is deeply involved in numerous charities and organizations in the San Diego area, including the University of California at San Diego, the San Diego Council on Literacy, National Center for Family Literacy, La Jolla Playhouse, Old Globe Theatres, San Diego Zoological Society, United Through Reading, and many others. She was recently awarded the prestigious UC San Diego Chancellor's Medal, and was also recently honored by San Diego Business Journal with the "Women Who Mean Business" Lifetime Achievement Award.

"When I had the pleasure of conferring an honorary degree on Audrey Geisel, I spoke of her effective stewardship over the Seuss legacy and of the munificence of her actions in support of education, literacy programs, and health care," said President Emeritus James Wright. "The naming of our Medical School for Ted and Audrey is a dream we have long shared, and I'm honored to join today in saluting the Geisels."

The Geisel School of Medicine at Dartmouth

The Audrey and Theodor Geisel School of Medicine at Dartmouth strives to improve the lives of the people it serves—students, patients, and local and global communities—and to live out the Dartmouth ethos that "the world's troubles are your troubles." The school builds healthier communities through innovations in research, education, and patient care. 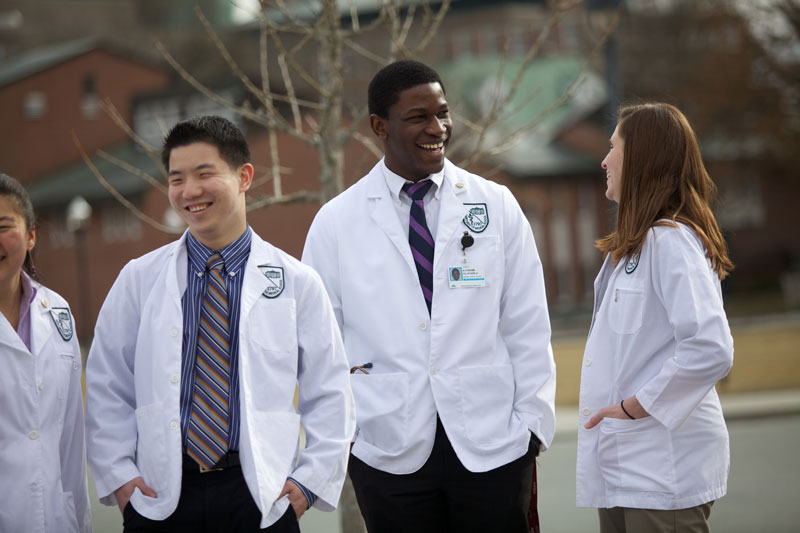 Home to the nationally recognized Dartmouth Institute for Health Policy and Clinical Practice, The Geisel School of Medicine is committed to creating physician leaders who are skilled in path-breaking science and adept in excellent management as well.

The Geisel School of Medicine has produced many firsts and achievements in education, research and medical practice, including: the use of the stethoscope in medical education, introduced by the poet-physician faculty member, Oliver Wendell Holmes; the first clinical X-ray in America; the first multispecialty intensive care unit; the first center to comprehensively examine variations in health care costs in US medical practice (The Dartmouth Atlas); the discovery of the mechanism for how light resets our biological clocks; the groundbreaking national model, "Supported Employment," which improves outcomes for those with serious mental illness; and the discovery of the role of lipid and polyanionic cofactors in prion diseases (neurodegenerative disorders that affect both humans and animals).

Founded in 1769, Dartmouth is a member of the Ivy League and consistently ranks among the world's greatest academic institutions. Dartmouth has forged a singular identity as a strong undergraduate and graduate institution dedicated to teaching and research with graduate programs in the arts and sciences and three leading professional schools—the Geisel School of Medicine, Thayer School of Engineering, and the Tuck School of Business.