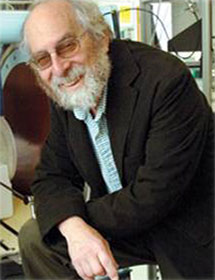 Lebanon, N.H.—With the one year anniversary of the worst nuclear disaster since Chernobyl drawing near, researchers at Dartmouth-Hitchcock Norris Cotton Cancer Center are working on revolutionary technology that will drastically improve doctors' ability to diagnose radiation exposure from unexpected events.

On March 11, 2011, an earthquake and tsunami triggered a massive failure and meltdown at Japan's Fukushima I Nuclear Power Plant, releasing radioactive material into the environment. Although officials initially downplayed the magnitude of the incident, the vicinity of the plant was evacuated and, when testing indicated large-scale contamination, sale of food grown in the area was prohibited and restrictions were placed on water consumption. Unfortunately for the many Fukushima employees, rescue workers and area residents who were potentially endangered, there was no realistic way of testing people for their degree of exposure. The only deaths immediately attributed to the accident were the result of the initial natural disasters, but the public was very alarmed and concerned about the potential for direct effects from the radiation.

Dart-Dose CMCR is one of seven centers nationwide focusing, through the National Institute of Allergy and Infectious Diseases, on one or more aspects of medical response to large-scale incidents. Dart-Dose CMCR is unique among these centers in its development of ways to measure exposure to radiation, based on an individual's teeth and nails. (Teeth and nails therefore serve like 'radiation badges' that everybody always has with them.) This technology is being developed so it can be deployed quickly and used in any setting where people could quickly assemble such as a school gymnasium, a church basement, or a tent with access to electricity using only a generator.

While Dartmouth is the lead institution for these efforts, their collaborating partners include industry (General Electric), universities and research centers throughout the US (the Dana-Farber Cancer Institute and Harvard Medical School, University of Florida, the Medical College of Wisconsin, University of Denver, the Paffenbarger Research Center of the American Dental Association Foundation and the National Institute of Standards and Technology), and international research institutions (including Japan's Hokkaido University and National Institute of Public Health, Poland's Jagiellonian University, Belgium's Universite catholique de Louvain, Netherland's Leiden University Medical Centre, Israel's Technion- Institute of Technology, Russia's Medical Radiological Research Center of the Russian Academy of Medical Sciences, and Canada's University of Western Ontario).

Although this technology potentially has multiple uses, the current focus of EPR research is on helping in situations, such as nuclear accidents or terrorist attacks, where people may have been exposed to radiation but don't know their level of exposure. The ability to make fast, accurate assessments of exposure will allow doctors to identify and treat those patients most in need of immediate attention.

As the next phase in their work, researchers are looking for volunteers to participate in EPR screenings. "Fighting Back 'Tooth and Nail': Remembering Japan's Nuclear Power Plant Accident" will be held in the South Mall of Dartmouth-Hitchcock Medical Center, near the main entrance, on Thursday and Friday, March 8-9, from 8 a.m. until 5 p.m. each day.

For purposes of testing, volunteers who have and have not been exposed to radiation are needed. There are two ways to volunteer: by having one's front tooth measured or nails clipped.

For teeth measurements, volunteers will sit at an EPR machine with their forehead resting on padded bar, similar to the positioning used in eye exams. The volunteer's head is placed between the two halves (poles) of a magnet that has roughly the equivalent strength of a common refrigerator magnet. A bite plate will gently hold up the upper lip so that the enamel of the upper front teeth can be tested. Each measurement lasts about 80 seconds, with five different measurements in total. The process typically takes about 15 minutes total and does not involve exposure to ionizing radiation. In order to be eligible, adults must be able to sit still for 5-10 minutes with their mouth open and have at least one "real" top front tooth (free of braces and caps).

To have one's nail's measured, a volunteer must have fingernails (polished or unpolished) long enough to be clipped and be willing to take a few minutes to answer a brief questionnaire about nail health.