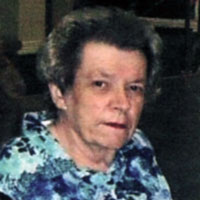 Hanover, NH—The Geisel School of Medicine at Dartmouth has received a $6.25 million gift from the estate of Susan Diamond, formerly of Omaha, Neb., to support research in neurology.

A long-time resident of Omaha, Diamond had no direct heirs and no siblings. Her desire to contribute to advancing research in neurology was likely born out of her mother's long struggle with Alzheimer's disease, starting in the mid-1960s. During the 20 years that she cared for her ailing mother, Ms. Diamond did extensive research on where the leading neuroscience research was being done, which likely led her to Geisel.

"Susan was determined to find the very best information and treatment for her mother, and she pursued every avenue she could think of," says Marleen Evans, a longtime friend and personal representative of Ms. Diamond. "I know that period of caring for her mother was very difficult for her. She always lived with the fear of getting Alzheimer's herself, which she eventually did." Diamond died on July 2, 2013, at age 78.

"We are honored and humbled by Ms. Diamond's investment in the excellent neuroscience research being conducted at the medical school," says Dr. Wiley "Chip" Souba, dean of the Geisel School of Medicine at Dartmouth. "I did not know Susan Diamond, but her confidence in our ability to find new answers to debilitating neurological diseases will continue to inspire and drive our work. Making new discoveries that improve lives will be the best way to honor her example and passion."

Evans remembers her friend as someone who lived simply. "Susan dressed plainly and her house, although comfortable, was very plain. Most people who knew her would be shocked to know that she was wealthy. Her biggest extravagance in life was that she drove a white Cadillac convertible for a long time."

In her younger years, Diamond was very athletic. After earning a bachelor's degree from the University of Wisconsin and a master's degree from Stanford University, both in physical education, she taught P.E. for several years. She then took the H&R Block training and ran her own tax service for about 12 years.

But Diamond's greatest interest was investing. "It was her mother who helped her get started in investing," says Evans. The first stock she owned was Coca-Cola, which she bought as a teenager. "She started with a few shares of that. I remember she once showed me how it had grown and grown. Susan made all of her own investment decisions. She took great pride in how well her stock did."

Diamond did not inform the Medical School of her bequest intention before she died. During her lifetime, she seldom contributed to organizations or institutions, says Evans, preferring instead a more personal and direct form of philanthropy, which she described as her "projects."

"From time to time she would run an ad in the paper inviting people who'd had a misfortune through no fault of their own to contact her and tell her their story," Evans explains. "She would go through the responses and choose the ones that she felt were worthy of her assistance. Then she would go visit the people and often would do things like buy groceries, pay rent, pay utilities, or pay medical bills. She would decide what she felt was worth doing. She was someone who liked to do things her way."

Ultimately, Ms. Diamond left most of her sizable estate to three organizations—the ALS Association, Stanford School of Medicine, and the Geisel School of Medicine at Dartmouth—as well as a smaller bequest to the Mayo Clinic in Rochester, Minn.

The Diamond bequest follows another major gift to neurology research at Geisel, announced earlier this month, which established the Murray B. Bornstein Professorship in Neurology. It will be awarded to a clinician in Geisel's Department of Neurology who conducts research in progressive, disabling neurological diseases, preferably multiple sclerosis.