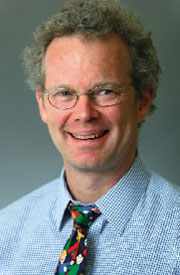 Lebanon, NH—Along with celebrations of casual sex and violence, fans of some forms of popular music are hearing references to specific brands of hard liquor through their speakers and earphones, according to the latest report from Dartmouth pediatrician James D. Sargent, MD, into mass-media influences on youth buying habits and risky behavior.

After scrutinizing the lyrics in 793 songs from Billboard magazine’s rankings of the most popular tunes between 2005 and 2007, the researchers calculated that “169 (21.3 percent) referred explicitly to alcohol, and of those, 41 (24.3 percent) contained an alcohol brand appearance. … These alcohol brand appearances are associated commonly with a luxury lifestyle characterized by wealth, sex, partying, and other drugs.”

Working with colleagues from the University of Pittsburgh School of Medicine, Sargent served as senior author for the report appearing in journal Addiction. Much of his previous research (see below) focuses on the influence of movies and visual advertising on what kinds of and how much alcohol or cigarettes adolescents buy and consume. A study with fellow Dartmouth pediatricians Susanne Tanski, MD, and Auden McClure, MD, that appeared earlier this year in the Archives of Pediatric and Adolescent Medicine found underage drinkers favoring particular brands of alcohol, and tending to choose highly-advertised brands.

“Teens spend a lot of time listening to music and music stars have the same sort of status as movie stars,” says Sargent, a professor of pediatrics at Dartmouth Medical School (DMS). “Music stars often communicate about substance use in their lyrics and music videos and also use substances onstage.”

The new report notes that Patron tequila, Grey Goose vodka, and Hennessy cognac appear most often in lyrics citing specific brands, and that “of the songs with references to alcohol and an alcohol brand appearance, the majority of songs were rap (63 percent), R&B/hip-hop (24 percent) or country (12 percent).”

The Federal Trade Commission (FTC) does not require alcohol makers to itemize their spending on product advertising, so it is not clear how often companies and artists strike promotional deals before the artists create the songs. This study does cite the example of France’s Allied Domecq signing artists Busta Rhymes and P. Diddy to a lucrative deal after their 2002 hit, “Pass the Courvoisier,” apparently helped trigger an increase of 18.9 percent in sales of that luxury brand of cognac.

“The study shows that brand-name mentions of highly advertised distilled spirits are common in rap music, and that rap stars get paid to do so in certain cases,” Sargent says. “Further research will be needed to know how large the reach of this music is in the adolescent population, and whether these alcohol mentions affect behavior.”