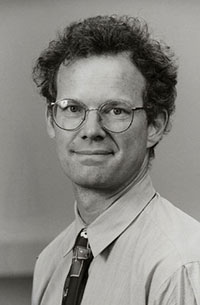 After four years of studying the way Mexican-American adolescents respond to movie scenes of characters smoking cigarettes, Dartmouth pediatrician James D. Sargent, M.D. and his fellow researchers are urging families and Hollywood to slap more than a "PG" on some cinematic offerings.

"Parents of adolescents should limit the number of movies their children watch per week and use discretion about movies that incorporate cigarette smoking in a 'positive' light," says Sargent, professor of pediatrics at Dartmouth Medical School (DMS) and director of the Cancer Control Research Program at the Norris Cotton Cancer Center (NCCC). "Movies featuring smoking scenes should be rated R."

Collaborating with University of Texas epidemiologist Anna Wilkinson, Ph.D., on a grant from the National Cancer Institute (NCI), Sargent followed 1,328 adolescents ages 11 to 13 over four years, to assess which movies the youths viewed from among a randomly-selected list of 50 featured between 1999 and 2004. The researchers also evaluated whether acculturation plays a role in the relationship between exposure to smoking by characters in the movies and experimenting with smoking in these Mexican-American households.

Details of their results appear in the December issue of Cancer Epidemiology, Biomarkers & Prevention, a journal of the American Association for Cancer Research (AARC), as part of a special focus on tobacco.

While 10 percent of the adolescents experimented with smoking at the start of the study, 17 percent tried it at the end of the study. As exposure to smoking scenes in the movies increased, so did their chances of ever experimenting.

"Exposure to movie smoking predicted smoking onset even after controlling for several established risk-factors, like exposure to friends who smoke," said Wilkinson, an assistant professor in the Department of Epidemiology at Texas's M.D. Anderson Cancer Center. "Our study supports an R-rating for smoking in the United States and highlights the global implementation of the World Health Organization Framework Convention on Tobacco Control, which includes guidelines for countries to restrict youth access to movies with smoking by using their movie ratings systems."

Results showed that the effect of movie watching was smaller than published studies conducted in white adolescents. This effect was stronger for Mexican-born than U.S.-born adolescents.

This NCI-supported study is part of a larger, population-based study to investigate smoking rates and risk among Mexican-American teens, recruited from a cohort jointly funded by the 1999 Master Tobacco Settlement and the Anderson Cancer Center.

A companion paper, conducted by Wilkinson and colleagues, is also published in the December issue of Cancer Epidemiology, Biomarkers & Prevention.