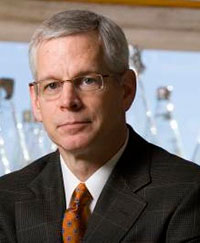 Three Dartmouth Medical School (DMS) scholars have been selected as fellows by the American Association for the Advancement of Science (AAAS), the world's largest general scientific society and the publisher of the journal Science.

The award—an AAAS tradition since 1874—recognizes distinguished efforts to advance science and its applications to society. Fellows are chosen based on an evaluation by peers in the same academic discipline.

The medical school's new fellows are among five named from Dartmouth College and 539 scholars selected overall this year. The DMS scholars will be honored February 18, 2012, at the AAAS annual meeting in Vancouver, British Columbia, and they will be announced in the journal Science on Dec. 23.

The new fellows from Dartmouth Medical School are:

Duane Compton, PhD, senior associate dean for research and professor of biochemistry at DMS, who was honored for his groundbreaking contributions to understanding the mechanisms of chromosome segregation and the etiology of chromosomal instability in human cancer cells. 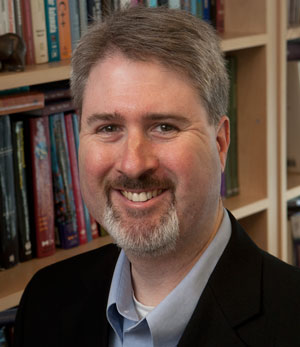 Jason Moore, PhD, DMS professor of genetics and also of community and family medicine, who was honored for distinguished contributions to the field of computational genetics, particularly for investigations of the contribution of epistasis to complex traits and disease susceptibility.

George O'Toole, PhD, DMS professor of microbiology and immunology, who was honored for outstanding contributions to bacteriology and investigating how the pathogen Pseudomonas aeruginosa infects the lungs in individuals with cystic fibrosis.

"Our research enterprise is fundamental to Dartmouth Medical School's mission of transforming lives through innovations in learning, discovery, and teaching. We do that by creating an extraordinary intellectual home for our faculty and students. By building a high-performing research enterprise, we also provide the highest quality educational experience for our MD students, graduate students, and postdoctoral students, preparing true pioneers who will push the frontiers of innovation and improve health care delivery," adds Souba.

George O'Toole is professor of microbiology and immunology at DMS. He also serves as associate director of Dartmouth Medical School's cystic fibrosis research program, one of only a few sites in the U.S. funded by the Cystic Fibrosis Foundation to carry out CF research. O'Toole and his research team identified an entirely different mechanism that protects bacteria in biofilms. This finding led to a better picture of how antibiotic resistance works.

O'Toole is developing new anti-biofilm treatments that would reduce infections associated with medical implants, lessen hospital stays and lower health care costs. He is also developing new therapies to treat biofilms in the lungs of cystic fibrosis patients, and working on a new class of antibiotics. His internationally recognized work is funded by the National Institutes of Health (NIH) and National Science Foundation (NSF), and through private foundations, such as The Pew Charitable Trusts and the Gates Foundation, and from industry and biotechnology companies.

Jason Moore is the DMS Third Century Professor of Genetics, as well as of community and family medicine. He serves as director of the Institute for Quantitative Biomedical Sciences at Dartmouth Medical School. Moore's research seeks to develop, evaluate and apply novel computational methods and software for identifying genetic and genomic biomarkers associated with human health and disease. The focus is on methods that embrace, rather than ignore, the complexity of the genotype-to-phenotype mapping relationship due to phenomena such as epistasis.

Moore's work centers on improving the prediction, prevention, and treatment of common human diseases such as cancers, cardiovascular diseases, and psychiatric diseases through the development, evaluation, and application of statistical and computational methods for genetic, genomic, and proteomic analysis. He serves as Editor-in-Chief of the journal BioData Mining.

Duane Compton is the senior associate dean for research and professor of biochemistry at DMS. During his 18 years at Dartmouth Medical School, Compton has developed a research focus in mechanisms of chromosome segregation during cell division in human cells and the effects of chromosomal instability in human tumor cells. His work is published in leading journals internationally.

Compton's work is aimed at understanding how chromosomes segregate efficiently during mitosis and meiosis in vertebrate cells. Chromosome instability complicates treatment by helping cancer tumors evade the effects of chemotherapeutic drugs. Compton and his DMS research team identified two proteins that play an important role in regulating chromosome segregation. By manipulating levels of these proteins, they facilitated correct chromosome division - the first time anyone has successfully suppressed chromosome instability. His pioneering work was first reported in the journal, Nature Cell Biology.

Dartmouth Medical School faculty represent 14 of the 25 total faculty at Dartmouth who are currently AAAS fellows. In addition to Compton, O'Toole and Moore, additional DMS faculty (active and emeriti) who are AAAS fellows include:

Dartmouth Medical School, founded in 1797, exists to improve the lives of the people the School serves--students, faculty and staff, patients, residents, alumni, and local and global communities. The School strives to build healthier communities through innovations in research, education, and patient care. The School is committed to creating a new breed of physician leaders who exercise the kind of superb leadership required to tackle our most vexing challenges in health care. DMS is also home to The Dartmouth Institute for Health Policy and Clinical Practice, best known for its groundbreaking Dartmouth Atlas of Health Care which has revealed important disparities in health care delivery quality and costs.

The American Association for the Advancement of Science, founded in 1848, is a nonprofit organization that includes 262 affiliated societies and science academies and serves 10 million people. The association's mission is to "advance science and serve society" through initiatives in science policy, international programs and science education, including its website devoted to science news, EurekAlert!, at www.eurekalert.org.