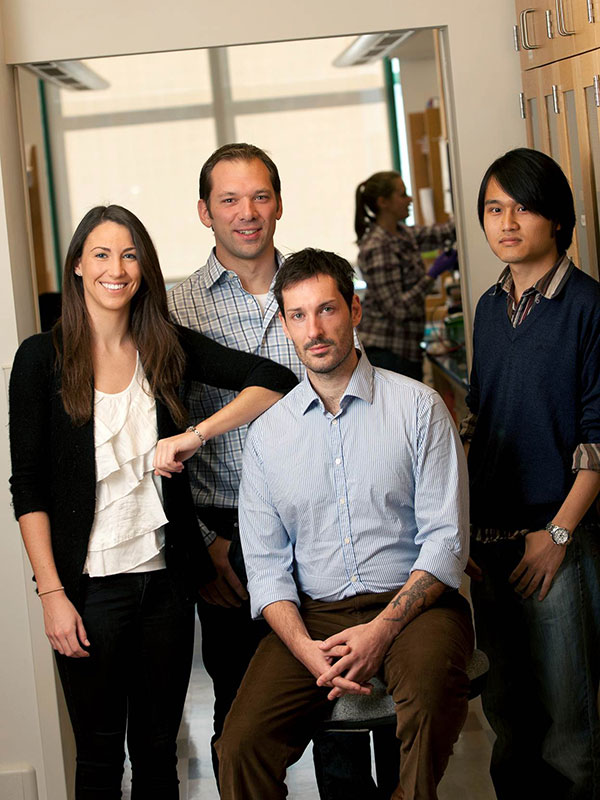 Researchers identified a protein—PBX1—which appears to be related to treatment response. The greater the presence of this protein, the more aggressive a tumor appears to be.

Data suggest that PBX1 may contribute to development of resistance to common estrogen-based treatments for breast cancer. PBX1 may be able to edit and promote the expression of genes that allow the cells to adapt to therapy and become resistant.

"This work may rapidly translate to the clinic, as PBX1 can likely serve as a prognostic marker for the positive estrogen receptor alpha (ERα-positive) breast cancer progression," says principal investigator Mathieu Lupien, Ph.D., assistant professor of genetics at Dartmouth Medical School and the Cancer Center. "It also highlights the potential therapeutic benefit of developing means to antagonize pioneer factors such as PBX1 to prevent breast cancer progression."

Pioneer factors are an emerging class of chromatin remodelers with the capacity to modulate cellular identity as they set the stage by defining the genomic regions accessible for transcription factors.

"Since cancer is characterized by a loss of cellular identity," Lupien adds, "it is not surprising that other pioneer factors have already been characterized as oncogenic factors in breast cancer but PBX1 is one that discriminates progression."

Specifically, the study demonstrates that PBX1 directly modulates chromatin compaction at discrete genomic regions to promote the recruitment of the transcription factor ERα, which drives the proliferative response to estrogen in breast cancer cells.

"Unfortunately, numerous ERα-positive breast cancer patients progress to more advanced stages of the disease as they develop resistance to endocrine therapies, which directly target ER&alhpa," says lead author Luca Magnani, Ph.D., a post-doctoral scientist at the Cancer Center. "This work brings us a step closer to finding a cure."