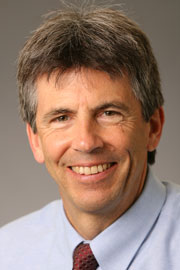 Co-principal investigators for the project, with the support of the National Operating Committee on Standards in Athletic Equipment (NOCSAE), are Simbex President Richard M. Greenwald, PhD, Dartmouth psychiatrist Thomas W. McAllister, MD, and Songbai Ji, ScD, an assistant professor of engineering at Thayer.

"This is a great opportunity to answer important questions related to the link between head impact biomechanics, brain strain, and neuroimaging findings in young athletes who sustain concussions," said Greenwald. "Together, we offer a unique team to rapidly advance scientific knowledge on concussions, and then to immediately translate those findings to the development of improved standards for sports equipment."

The NOCSAE award extends the Bioengineering Research Partnership (BRP) that formed in 2007, under which Dartmouth and Simbex collaborated with researchers at Brown University and Virginia Tech with funding from the Eunice Kennedy Shriver National Institute of Child Health at the National Institutes of Health (NIH). Additional support comes from the Centers for Disease Control and Injury Prevention (CDC) and the National Institute on Neurological Disorders and Stroke. These programs aim to understand the biomechanical basis of mild traumatic brain injury in sports. The researchers collected data on head-impact exposure in football and hockey with Simbex's Head Impact Telemetry (HIT) System, along with clinical data on athletes diagnosed with concussion and controls. The NOCSAE program will focus on quantifying the utility of finite element modeling to predict brain tissue injury found in post-injury imaging of the athletes.

Advances in neuroimaging, and in particular the use of diffusion tensor imaging (DTI), a form of magnetic resonance imaging (MRI), hold great promise for identifying structural injuries at the tissue level. "We now have a large enough cohort of scans on injured athletes that can be used to evaluate patterns of axonal injury in different regions of the brain," McAllister said.

In parallel with the ongoing BRP field research on Dartmouth's football, men's hockey, and women's hockey players, the researchers collaborated with Ji and with Keith D. Paulsen, PhD, a professor of biomedical engineering at Thayer and a professor of radiology at DMS, to develop subject-specific, finite-element head and brain models, with the goal of estimating tissue strains and stresses under applied loading conditions.

"Finite element models represent a unique tool to study the biomechanics of brain tissue, which cannot be easily measured directly," Ji reports. "The availability of MRI images of the athletes' brains allows us to create a model of that athlete's head and brain, and to apply the loading conditions from an impact associated with their diagnosed injury that were recorded on the field with the HIT System."

A pilot study on this work has been accepted for publication in the Annals of Biomedical Engineering.

NOCSAE is a non-profit organization that creates performance standards for sports equipment. NOCSAE has provided millions of dollars of funding in the past 20 years, with a recent focus on mild traumatic brain injury and concussions. The organization's Scientific Advisory Board, of which Greenwald is a member, has recommended several awards for research on helmet test methods, human injury tolerance levels, and standards for youth helmets.

"We acknowledge and applaud NOCSAE's efforts to better understand the science of concussion injury," Greenwald said. "We hope to deliver to NOCSAE and to the public information that can be directly applied to the diagnosis and treatment of concussions in sports, and to improving the development and testing of helmets used to protect our kids and our athletes."