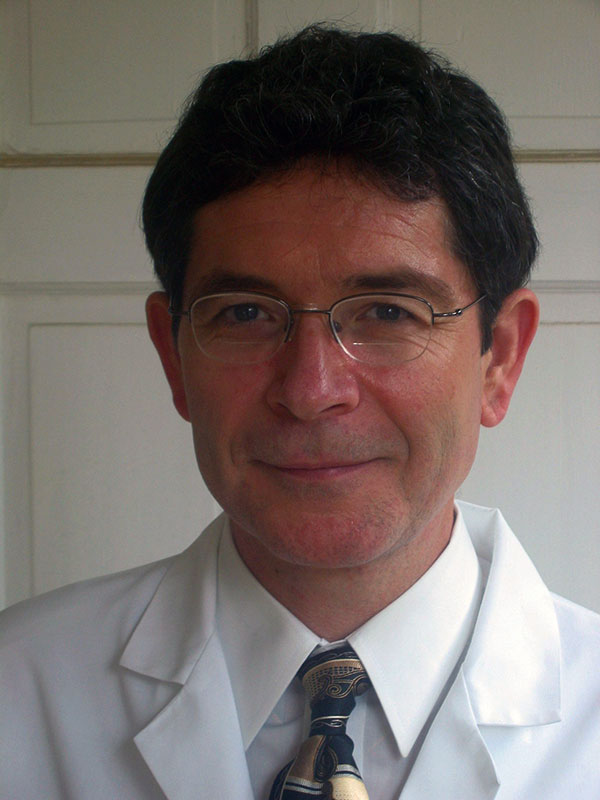 Hanover, NH—While most physicians believe they should take a patient's religious and spiritual needs into account in deciding health care issues, nine out of 10 doctors never talk to their patients about such matters. Many physicians either don't feel competent to carry on that kind of conversation or deem it inappropriate.

"The relationship between spirituality and health and the role of spirituality in patient care has been widely debated," says Koenig, who points to research showing that religion and spiritual beliefs can profoundly affect mental and physical health, and advocates starting to talk about it.

The lecture will take place at 7:30 p.m., in Auditorium E-F at Dartmouth-Hitchcock Medical Center.

A professor of psychiatry and behavioral sciences, and an associate professor of medicine, Koenig has published more than 350 peer-reviewed scientific articles and nearly 40 books, including The Healing Power of Faith and The Handbook of Religion and Health. His research has been cited in newspapers and magazines such as Newsweek, and on television programs such as The Today Show, and on National Public Radio. He addresses audiences ranging from the profoundly religious to the profoundly skeptical. He welcomes discussion from all points of view and stresses that religion is one small piece of a very complex picture of health.

According to Koenig, research tends to show that people who are more religious are healthier. They are more physically active and take better care of their health. They live longer and have fewer heart attacks. And they are less likely to be depressed, and more likely to feel their life has purpose and meaning. Asked if religion is responsible for all that, he says, "It might--by helping people to cope. ...If religion helps people to cope better, then religion is helping people impact their health."

At the same time, Koenig explains that he is not promoting faith healing.

"There is confusion that somehow research is proving something supernatural," he says. "It absolutely is not."

While acknowledging that something supernatural could be afoot, Koenig warns that this is not a phenomenon that science is designed to study.

"There's a lot we don't know," he says. "That's the reason why this needs to be explored further. More research is necessary to really answer some of these questions that have to do with something that is very important to a lot of people."

Koenig argues that physicians cannot ignore "an area of our patients' lives that affects their medical decisions, their coping with illness, health behaviors, and medical outcomes." He argues that taking a brief "spiritual history" of a patient can significantly enhance his or her care.

Still, adding another task to a 10-minute exam is difficult. And most physicians feel out of their depth asking questions about religion. Koenig offers a 2-minute solution: five brief screening questions that identify a patient's spiritual issues, with the aim of learning how patients cope with illness, what community systems support them, and whether they hold any strong beliefs that might influence medical care.

The Schumann Lecture is free and open to the public. Assisted parking will be available at the main entrance to DHMC at 6:30 p.m.