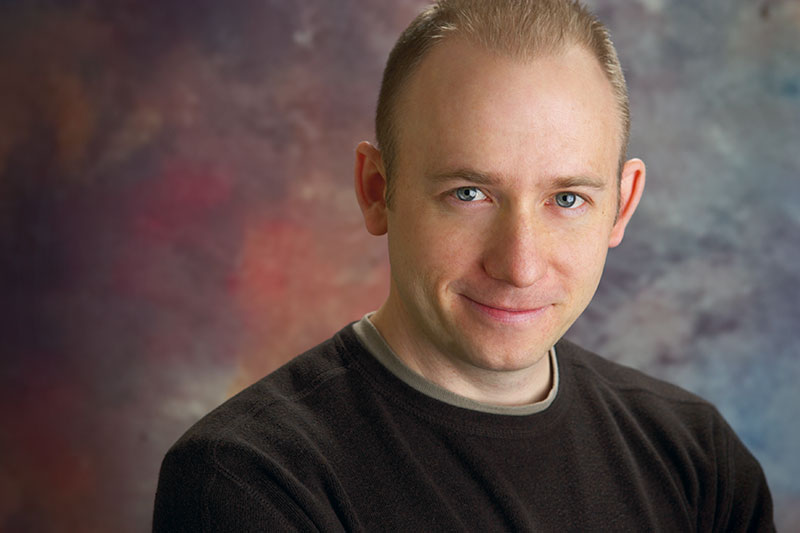 Before joining the DMS faculty this summer, psychologist William J. (Bill) Hudenko, PhD, completed a study that recently appeared in the journal Autism, in which he and a colleague observed that the unguarded "voiced" laughter of children with autism appears to evoke more positive responses in most listeners than does the more calculated, socially-driven laughter of "typically-developing children." Hudenko hopes to follow up on these findings at Dartmouth, with the goal of broadening knowledge about the barriers to social interactions of children with autism.

"This is exciting for me," says Hudenko, who did a postdoctoral fellowship at Dartmouth Medical School in 2004 and 2005. "It indicates that laughter is a real strength for children with autism, and that it might be used as a treatment tool to help them form relationships with others."

During his time at Ithaca College, Hudenko and colleague Michael A. Magenheimer recruited 127 Ithaca undergraduates to listen to recorded samples of the laughter of 30 children ages 8 to 10 - 15 in the "typically developing" group and 15 with a confirmed diagnosis of autistic disorder - which they had taped for a previous study of the acoustic differences in laughter between the groups. The researchers triggered the laughter with activities such as building a tower of blocks, hitting a balloon back and forth, and asking children to pop bubbles.

"It is our hypothesis that children with autism were more likely to express only voiced laughter because they were less socially motivated to influence others," the authors write in the study. "In contrast, typically developing participants may have produced ... less genuine sounds in response to social cues."

While acknowledging the need for additional research to understand whether laughter "can be elicited in appropriate contexts," Hudenko and Magenheimer see promise in changing the way children autism, and the people in their lives, see - and hear - each other.

"If children with autism are producing laughs that are enjoyable to listeners," the authors conclude, "they may be encouraged to use these sounds to build positive social bonds with peers or caregivers."

Hudenko began conducting research on autism in 2002, while pursuing his doctoral degree in clinical psychology at Vanderbilt University. After what he describes as a "chance encounter" with an autism researcher, he switched from studying emotions to comparing the acoustics of laughter in children with and without autism.

"Autism fascinated me because at the time little was known about expressions of emotion in this population," Hudenko says. "As it turns out children - and adults - on the autism spectrum express a wealth of emotions. Though individuals on the autism spectrum can often appear socially isolated, these expressions fascinate me because they provide common ground between individuals on the spectrum and those who are typically developing."

While completing his postdoctoral fellowship at DHMC, Hudenko enjoyed the Dartmouth region enough to consider returning someday. Hudenko will be seeing patients at Hanover Psychiatry in addition to continuing his research at the medical school.

"Dartmouth provided me with a wealth of opportunities to both pursue my research interests in a new and exciting way, and to broaden my clinical abilities," he says.