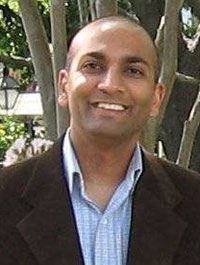 Lebanon, NH—Americans are living longer than currently projected by the U.S. Census and Social Security Administration because of the steady decline in smoking, according to a new study co-authored by Dartmouth researcher Samir Soneji, PhD.

Although decreased mortality is a victory in many ways, the increase in life expectancy could mean a net loss for the Social Security Administration because as we live longer, there will be fewer workers to support such entitlement programs, Soneji writes with co-author Gary King of Harvard University.

The article, titled, "Future of Death in America" , appears in Demographic Research, the online journal of peer-reviewed research and commentary in the population sciences, published by the Max Planck Institute for Demographic Research in Germany. The researchers estimate an increase in male life expectancy at birth from 76.2 years in 2010 to 79.9 years in 2030. This is 1.8 years greater than the Social Security Administration projection and 1.5 years more than the U.S. Census projections.

Women had more modest gains in life expectancy, from 80.5 in 2010 to 81.9 years in 2030, virtually identical to the Social Security projection and two years less than U.S. Census projections.

The difference in the projections is because Soneji and King included smoking and obesity rates in their mortality forecasts. This study marks the first time those factors have been included directly.

"Smoking and obesity are two important risk factors, with well-studied consequences for mortality and large changes over time, and that is why those two variables were included," says Soneji, an assistant professor at The Dartmouth Institute for Policy and Clinical Practice (TDI) and a member of the faculty at the Norris Cotton Cancer Center. He adds that while smoking rates have steadily decreased over the last half century, obesity rates have risen, particularly in the last 30 years.

"Our gains in life expectancy because of decreased smoking may in fact be reversed in coming years because of the profound increase in obesity in the United States," Soneji concludes.

The potential challenge for Social Security, Medicare and other entitlement programs is that while U.S. life expectancy continues to rise, the working population is decreasing. U.S. life expectancy has grown from 68 to 78 years since 1950, meaning those older than 65 now make up 19 percent of the country's population - up from 14 percent in 1950. At the same time, the working population (those 18 to 64) has declined from 60 to 56 percent.

Net gains or losses to Social Security and Medicare remain open questions because of obesity related mortality, the researchers wrote. This is because of illnesses related to obesity, early work disability, earnings, and death before and after retirement age.