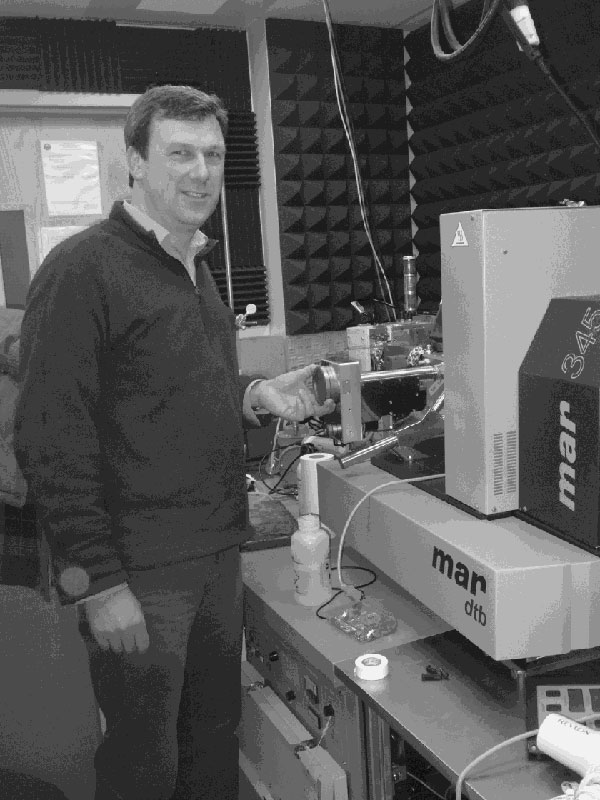 Lebanon, NH—With support from the Hitchcock Foundation's inaugural Program Project Grant (HF-PPG), biochemist Dean R. Madden, PhD, will lead a diverse team of Dartmouth researchers in the search for clues to how bacterial and fungal infections conspire to clog the breathing systems of patients with maladies such as cystic fibrosis.

"These bugs can pack themselves together very densely," says Madden, a professor of biochemistry at Dartmouth Medical School (DMS). "They embed themselves in a matrix and then they turn on gene programs that change their metabolic state so that they become very resistant to antibiotics."

The grant provides $200,000 over two years, an amount that Dartmouth's Lung Biology Center of Biomedical Research Excellence (COBRE) has offered to match. The COBRE, of which Madden is associate director, also will provide the HF-PPG team with free access to its Core facilities.

The HF-PPG team unites Dartmouth experts in microbiology, airway epithelial biology (the science examining the tissue that covers the lungs), biochemistry, and protein engineering, around a common hypothesis that treatment of chronic infections of the airways requires a combination of therapies.

In the first of five HF-PPG projects that will form the framework of a more extensive application for funding from the National Institutes of Health, the PPG team will focus on cystic fibrosis (CF).

"Cystic fibrosis is an excellent model system [for studying and treating other lung infections]," Madden says. "We have some pretty clear questions or issues that keep coming up, in particular antibiotic resistance."

According to the Cystic Fibrosis Foundation, 30,000 children in the United States and 70,000 worldwide are battling CF, a chronic condition under which a mutated gene and its protein triggers infections that clog the bronchial tubes of the lungs with thick mucus. Until recent years, children with the disease rarely could hope to live beyond adolescence. And now that many are living into middle age, they continue to battle chronic, life-threatening lung infections.

Overall, an estimated 25 million people in the United States live with chronic lung diseases such as asthma, emphysema, cancer, and CF, and these conditions kill some 360,000 Americans a year.

Project 1, with microbiologist George O'Toole, PhD, as principal investigator, will use "deep sequencing" to produce large amounts of DNA data from the CF gut. From those data, O'Toole aims to explore the role of iron in triggering the infection. In turn, physiologist Bruce Stanton, PhD, director of the Lung Biology Center and of Dartmouth's Toxic Metals Superfund Research Group, will lead a separate project using a system of mixed-cell culture to evaluate how a combination of federally-approved treatments might reduce the kinds of iron that resist antibiotics.

In addition to DMS colleagues, the HF-PPG team also will join forces with bioengineering researchers from Dartmouth's Thayer School of Engineering. Madden notes that an ongoing culture of collaboration among disciplines and schools at Dartmouth played a key role in developing the team.

"It would have been difficult to pull together as strong a proposal as we did if we hadn't been interacting already," Madden concludes.

For more information on the project, see the Program Project Grant.