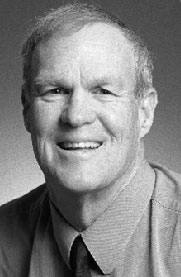 Dartmouth's Zubkoff joins Board of Trustees at American University of Kosovo

Hanover, N.H.—Michael Zubkoff, Ph.D., director of Dartmouth's M.D.-MBA. program and longtime chair of the Department of Community and Family Medicine, joined the board of trustees of the American University of Kosovo (AUKosovo) on May 26, 2010.

Zubkoff, who also is a professor of economics and management at Dartmouth's Tuck School of Business and at the Dartmouth Institute for Health Policy and Clinical Practice (TDI), was nominated for membership on the AUKosovo board by James Strickler, M.D., former dean of Dartmouth Medical School.

"I am very pleased that Mike Zubkoff was nominated to the board," Strickler says. "I think he will be an outstanding addition."

The university is Kosovo's first private, not-for-profit postsecondary institution. Faculty and staff of DMS and DHMC - many from the ranks of Community and Family Medicine - began working with colleagues in the Balkan nation under Strickler's leadership at the end of Kosovo's war for independence from Serbia in 1999. DMS followed up on that initial work on maternal and infant mortality with a wide variety of initiatives. In 2009, with encouragement from USAID (United States Agency for International Development) staff in the capital city of Prishtina, members of the DMS faculty, in partnership with colleagues in Kosovo, established the Foundation for Healthy Mothers and Babies in Kosovo.

During the past 10 years, DHMC's faculty have sponsored dozens of exchanges of faculty and staff between Dartmouth and the School of Medicine at Kosovo's University of Prishtina. In addition, 26 students from Kosovo have visited Dartmouth, while 19 Dartmouth medical students have visited Prishtina and other regional medical centers in Kosovo.

Zubkoff's appointment marks the next step in the Dartmouth-Kosovo relationship. He describes the new role of trustee as "an opportunity to further explore collaborations across the Dartmouth campus."

Zubkoff is a member of the Institute of Medicine of the National Academy of Sciences. In addition to directing Dartmouth's M.D.-M.B.A. program, he codirects a required course for fourth-year medical students called Health, Society, and the Physician. He also teaches courses on medical-care organization, economics, and management in the Tuck School of Business' M.B.A. program and in TDI's M.P.H., M.S., and Ph.D. programs.

Zubkoff has served as an advisor or consultant on health care issues to every U.S. president since Gerald Ford.