Hanover, N.H.—Two Dartmouth Medical School researchers call for greater scrutiny of the relationship between medical journalists and the health care industries they cover. Their study was published online today, Nov. 19, in the British Medical Journal, or BMJ. 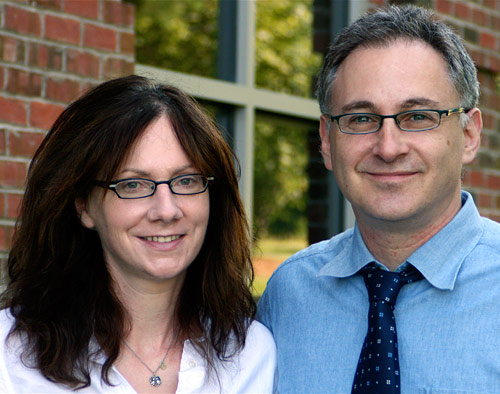 The paper outlines three areas where journalists might become entangled in conflict-of-interest issues: 1) during educational activities that may be drug company sponsored, 2) when accepting sponsored awards, or 3) in the day-to-day practice of reporting the news by relying too heavily on industry supplied sources.

"The media play a role as society's watchdogs," says Dr. Steven Woloshin, an author on the paper and an associate professor of medicine and of community and family medicine at Dartmouth Medical School (DMS). "Good medical journalism can expose links between doctors and rewards from pharmaceutical companies. But who's looking to see whether the journalists are being influenced?"

Co-authors on the paper, titled "Who's Watching the Watchdogs? Medical Journalism and Entanglement," are Dr. Lisa Schwartz, associate professor of medicine and of community and family medicine at DMS, and Dr. Ray Moynihan with the School of Medicine and Public Health at the University of Newcastle in Australia. Schwartz and Woloshin are also affiliated with the Veteran's Affairs Outcomes Group at the VA Hospital in White River Junction, Vt., and the Center for Medicine and the Media at The Dartmouth Institute for Health Policy and Clinical Practice.

If medical journalists compromise, or appear to compromise, their independence, society loses.

—Dr. Steven Woloshin
Associate Professor of Medicine and of Community and Family Medicine at Dartmouth

The authors believe relationships between drug companies and journalists might result in more favorable news stories, in a similar fashion to how industry funding of medical research is associated with more favorable research outcomes.

Regarding education, Woloshin says, "Corporate funding and sponsorships are not new to academia, but we think that there is the possibility that a sponsor could subtly invoke a sense of loyalty from a journalist. There should be no such temptation for journalism students or their teachers."

The authors were surprised by the widespread business of pharmaceutical and other healthcare businesses offering cash prizes and travel benefits to journalists. They state, "... we believe journalists accepting these prizes are clearly creating conflicts-of-interest for themselves" and calls for journalists to stop accepting these sponsored awards.

Schwartz says that the practice of medical journalism has evolved to blur the lines between traditional news reporting and producing advertising materials that mimic reporting. News corporations, which depend on advertising, need to be especially vigilant in maintaining a separation between their editorial mission and their advertising sales.

"Journalists also need to clearly disclose when their sources have ties to industry, whether they are quoting patient groups, opinion leaders, or patients referred to them by an industry public relations office," says Schwartz. "The problem with compelling anecdotes of treatment success is that they may represent the exception, rather than a more typical experience. This can mislead audiences."

To enhance credibility and reestablish trust in the media, the authors recommend similar steps to those being taken in the medical field: journalists and organizations that train journalists should not accept funding or prizes from healthcare industries, and journalists should routinely divulge their own conflicts of interest and those of their sources.