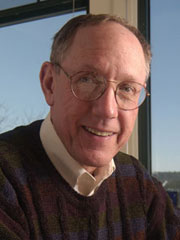 Hanover, N.H.—Long term follow-up confirms that use of the former pain killer rofecoxib (Vioxx) substantially increased the risk of cardiovascular events such as stroke and heart attack. The results were published early online and in an upcoming edition of the Lancet by Dr. John A Baron, professor of medicine and of community and family medicine. They highlight the need to balance potential and perils when considering such drugs, called COX-2 inhibitors, which are non-steroidal anti-inflammatory drugs (NSAIDs).

The investigators followed patients who had participated in the adematous polyp prevention on Vioxx (APPROVe) trial to assess the effects of three-year treatment with rofecoxib on recurrence of cancerous polyps in the bowel. The randomized, placebo-controlled trial was stopped ahead of schedule in 2004 and Vioxx manufacturer Merck voluntarily withdrew the drug from the market because of cardiovascular toxicity. It had recruited 2,587 patients from 108 centers worldwide during 2000 and 2001, and initially monitored patients for adverse events only while on treatment and for the subsequent 14 days.

In this study, the researchers attempted to follow-up for one year all patients who had to stop treatment. They looked at the combined incidence of non-fatal heart attack, non-fatal stroke and death from cardiovascular, hemorrhagic, or unknown causes (the Antiplatelet Trialists' Collaboration [APTC] combined endpoint).

All these drugs are effective analgesic and anti-inflammatory agents. However, these benefits will have to be weighed against their proven or possible cardiovascular risks in assessing their suitability in various clinical settings.

From follow-up data for 84 percent of participants, the researchers found that the relative risk of reaching APTC was increased by 79 percent in the rofecoxib group compared with placebo. This was consistent with earlier findings of increased risk while on treatment or two weeks afterwards, but the risk persisted for up to a year after treatment ended.

In terms of the individual outcomes after one-year follow up, the risk of heart attack or stroke was roughly doubled for rofecoxib patients compared with placebo, while the relative risk of death increased by 31percent. There was no substantial change in the increased relative risk of cardiovascular events over time.

The authors conclude: "Our data are compatible with an early increase in risk that seems to persist for about one year after three years of treatment. The cardiovascular toxicity seems to be a class effect; indeed, studies of other selective COX-2 inhibitors have reported similar findings. Conventional non-aspirin, NSAIDs may share the same toxicity to the extent that they are COX-2 selective. All these drugs are effective analgesic and anti-inflammatory agents, and seem to reduce risks of colorectal neoplasia. However, these benefits will have to be weighed against their proven or possible cardiovascular risks in assessing their suitability in various clinical settings."

In an accompanying comment, Drs. Colin Baigent, of Oxford, UK, and Carlo Patrono of Catholic University of Rome, Italy, say: "The results of randomized trials are consistent with all coxibs having some vascular risk, but also with some traditional NSAIDs carrying similar risks... .A physician choosing between alternative anti-inflammatory regimens for a patient needs to be able to weigh each regimen's hazards, especially cardiovascular and gastrointestinal risks."