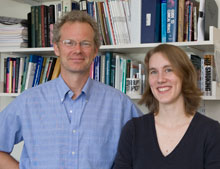 Hanover, N.H.—Alarming numbers of young adolescents are exposed to graphic violence in movies rated R for violence, calling into question the effectiveness of the current movie rating system, report Dartmouth Medical School researchers. Their results of a nationwide survey that documents widespread exposure of 10-14 -year-olds to violent movies are published in the August issue of Pediatrics.

"Our data reveal a disturbingly high rate of exposure among 10-14 year olds nationally to extremely violent movies," says Dr. Keilah Worth, the lead author on the study and a post-doctoral fellow at Dartmouth Medical School and the Norris Cotton Cancer Center at Dartmouth-Hitchcock Medical Center. "In Britain, no adolescent would be admitted to these movies unless they were 18. The R rating in this country is clearly not preventing our young people from seeing them."

Many scientific studies have established the connection between exposure to media violence and aggression and violence in children. For example, playing video games can lead to changes in attitudes and behavior as well as desensitization to actual violence.

"We know so much about the harmful effects of exposure to violent media content, but how much exposure children actually get has been largely ignored. Now, we're learning more about the large numbers of kids seeing this material and who they are," says Worth.

We should re-think the current movie rating system.

The study also revealed some independent risk factors for exposure: boys, minorities, those with lower socioeconomic status, and those with lower academic performance were all more likely to see extremely violent movies. Black male adolescents were at particularly high risk of seeing these movies. For example, Blade, Training Day, and Scary Movie were seen by 37 percent, 27 percent, and 48 percent respectively of all the adolescents surveyed, compared to 82 percent, 81 percent, and 81 percent of black males.

"No expert in child development would advocate for subjecting children as young as 10 to this level of violence, yet the study shows that such exposure is commonplace in this country," says study senior scientist Dr. James Sargent, a professor of pediatrics at Dartmouth Medical School, and director of the Cancer Control Research Program. "We should re-think the current movie rating system, which has been in place for 40 years, and was designed when kids could only see movies in theaters. Ratings need to be more prominent on all movies, whether they are seen in theaters or purchased in the store, and we need clearer messages to parents. Pediatricians and child advocates should instruct parents to strictly abide by the movie-age guidelines and to closely monitor movie viewing."

Sargent and his colleagues have published numerous studies about understanding adolescent behavior and how it's linked to exposure to movies. Worth and Sargent's co-authors on this survey are: Jennifer Gibson Chambers, Dan Nassau, and Balviner Rakhra, all associated with Dartmouth Medical School.

This research was supported by funding from the National Institutes of Health and the American Legacy Foundation.