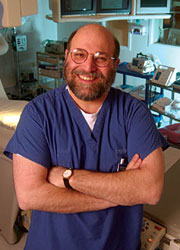 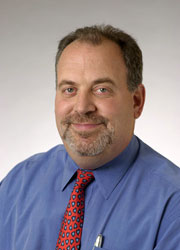 Hanover, N.H.—The widespread use of drug-releasing coronary artery stents in routine practice is associated with a decrease in the need for repeat procedures to unblock heart arteries, and also does not appear to increase the risk of death, compared to bare-metal stents, report Dartmouth Medical School researchers in the June 25 Journal of the American Medical Association (JAMA).

The study, by Drs. David J. Malenka, and Aaron Kaplan, cardiologists at Dartmouth-Hitchcock Medical Center, and colleagues from the Dartmouth Institute for Health Policy and Clinical Practice, compared the rates of repeat revascularization to unblock a coronary artery, heart attack and survival, before and after the availability of drug-releasing stents.

Stents are small mesh tubes inserted to help keep coronary arteries open, and those coated with drugs, called drug-eluting, were developed to prevent potential reclosure. Despite several recent studies, uncertainty remains about the trade-offs between the safety and effectiveness of drug-eluting stents.

"There has been a growing concern about the possibility of an increased risk of stent thrombosis (formation of a clot in a blood vessel) associated with the use of drug-eluting stents compared with bare-metal stents. Although a relatively rare event, stent thrombosis is associated with a high risk of myocardial infarction (heart attack) and death and any suggestion of possible excess risk has justifiably been the focus of intense investigation," the authors write.

Their study included 38,917 Medicare patients who underwent non-emergency coronary stenting from October 2002 through March 2003 when only bare-metal stents were available and 28,086 similar patients who underwent coronary stenting from September through December 2003, when 61.5 percent of patients received a drug-eluting stent and 38.5 percent received a bare-metal stent. Follow-up data were available through December 2005.

We can detect no adverse consequence to the health of the population.

There was no difference in unadjusted mortality risks at two years (8.4 percent vs. 8.4 percent), but a small decrease in stent thrombosis-elevation myocardial infarction (STEMI; a certain pattern on an electrocardiogram following a heart attack) existed (2.4 percent vs. 2 percent). The adjusted risk of death or STEMI at two years was similar.

"While such an analysis will not answer the question of what is the true rate of stent thrombosis with drug-eluting stent versus the rate with bare-metal stent, it does address the important question of whether, on average, the population of stented patients is being helped or hurt by the widespread use of this technology," the authors write.

"Although other data may suggest some incremental risk of stent thrombosis with the use of drug-eluting stents, we can detect no adverse consequence to the health of the population. We speculate that whatever the increased risk of stent thrombosis associated with drug-eluting stent use is, it is more than offset by a decrease in the risk of developing restenosis (renarrowing of a coronary artery after angioplasty) and the attendant risk of a procedure to treat that restenosis."