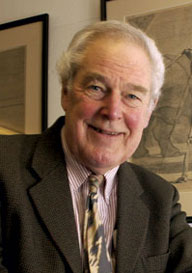 Hanover, N.H.—Medicare pays many hospitals and their doctors more than the most efficient and effective health care institutions to treat chronically ill people, yet gets worse results, according to a new report from the Dartmouth Institute for Health Policy and Clinical Practice by Dartmouth Medical School professors.

If the US health care system mirrored the practice patterns of gold-standard health care systems such as the Mayo Clinic in Minnesota, Medicare could save tens of billions of dollars annually. Those savings would come just when Medicare needs that money most, as baby boomers prepare to retire in droves, putting unprecedented pressure on the health care system.

"This report demonstrates the need to overhaul the ways we care for Americans with chronic illness," said Dr. Risa Lavizzo-Mourey, president and CEO of the Robert Wood Johnson Foundation. "The extent of variation in Medicare spending, and the evidence that more care does not result in better outcomes, should lead us to ask if some chronically ill Americans are getting more care than they or their families actually want or need."

The new edition of the Dartmouth Atlas of Health Care: Tracking the Care of Patients with Severe Chronic Illness shows that institutions that give better care can do it at a lower cost because they don't over-treat patients. However, the Atlas documents that Medicare and most other payers encourage the over-use of acute care hospital services and the proliferation of medical specialists thanks to misplaced financial incentives, especially for treating chronically ill people.

Lead author Dr. John Wennberg and colleagues Drs. Elliott Fisher, David Goodman and Jonathan Skinner, studied chronically ill patients because a third of Medicare dollars each year are spent on them during the last two years of life. Two-thirds of the people in the study were diagnosed with cancer, congestive heart failure and/or chronic lung disease.

Wennberg, a DMS professor of community and family medicine and of medicine, called for a crash program to learn how leading organizations such as Mayo use fewer resources and spend less per capita than their peers while receiving high marks on quality measures. "Medicare policy, including reimbursement, should support "organized" systems of effective care management, with a strong primary care component," Wennberg said. "The federal government should also support better research into clinical practices for managing chronically ill patients."

It isn't so much what each medical service costs, the report says; it is how many services doctors prescribe. So getting usage under control is the most critical factor in controlling costs.

The researchers, for instance, discovered staggering variations in the number of services that patients with severe chronic disease receive at the end of life, depending on the hospital, region or state and not on how sick they are.

For example, an elderly person spent an average 10.6 days in the hospital during the last two years of life in Bend, Ore., but 34.9 days in Manhattan. The variation is even more striking in the last six months of life, when chronically ill patients visited the doctor an average of 14.5 times in Ogden, Utah, compared to 59.2 times in Los Angeles.

"We need to benchmark the best systems and use policy to drive providers toward the benchmark by holding them accountable for the volume of services they deliver," said study co-author, Fisher, a professor of medicine and of community and family medicine.

What's more, the Atlas research shows that hospitals, regions and states that use more services per patient do not necessarily have higher quality care. In fact, it is slightly worse.

The Atlas project studied the records of millions of Medicare enrollees who died from 2001 to 2005 and had at least one of nine severe chronic illnesses. Using those records, researchers benchmarked care nationally to the care provided in the region where Mayo has its flagship clinics and is far and away the dominant health care provider. Total spending for the population in this study was $289 billion over the five years. If the spending per patient everywhere mirrored that in Mayo's home region of Rochester, Minn., Medicare could have saved $50.1 billion, or 17.3 percent of all spending on these patients alone. A benchmark to a higher cost but efficient region such as Sacramento, Calif., where labor costs are the 26th highest of the 306 regions, shows Medicare would still have saved $28.9 billion.

The study paints a picture of a system in disarray over the treatment of these illnesses. There are no good, clear guidelines for when to hospitalize these patients, admit them to intensive care, refer them to medical specialists or—for most conditions—when to order diagnostic or imaging tests.

The wide variations among academic medical centers clearly show the lack of scientific consensus on how to manage chronically ill patients.

The report says academic medical institutions and federal agencies devoted to health research must begin producing studies on when to hospitalize chronically ill people, how often they should visit a doctor and the like.

The Dartmouth Atlas Project (DAP) is run by the Institute for Health Policy and Clinical Practice at Dartmouth Medical School. The principal funding for the project comes from the Robert Wood Johnson Foundation. The entire Medicare claims data are available at www.dartmouthatlas.org.

With the release of this report, the DAP introduced a new Web feature, the Hospital Care Intensity Index. It enables anyone to compare the intensity with which hospitals treat patients at the end of life—how many days they spend in the hospital and how often they see medical specialists. This is increasingly important to people who are in their last days of life and do not want to die in a hospital bed.

DAP began in 1993 as a study of health care markets in the United States, measuring variations in health care resources and their utilization by both geographic areas. More recently, the research agenda has expanded to reporting on the resources and utilization among patients at specific hospitals. DAP research uses very large claims databases from the Medicare program and other sources to define where Americans seek care, what kind of care they receive, and to determine whether increasing investments in health care resources and their use result in better health outcomes for Americans.