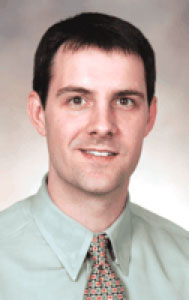 HANOVER, NH—Race and ethnicity should be explicitly considered in admitting applicants to US medical schools if we are to increase the numbers of minority physicians and improve access to care for underserved Americans, according to a study published in the January/February Health Affairs.

The article, coauthored by Drs. Scott A. Shipman of Dartmouth Medical School and Somnath Saha of the VA medical center in Portland, OR, argues that substituting socioeconomic status to increase diversity is not sufficient to provide more opportunities for minorities seeking admission to medical school.

In recent years, there have been calls for medical schools to increase enrollments to avoid a predicted physician shortage in the US. The reduction in the use of affirmative action has had "a measurably negative impact" on the recruitment of minorities into medical schools, according to the authors.

"If nothing else, the expansion in US medical school class size provides an opportunity to specifically target students who are more likely to improve access for underserved populations," said Shipman, a research assistant professor of pediatrics and of community and family medicine at DMS, and member of The Dartmouth Institute for Health Policy and Clinical Practice. "Underrepresented minorities have consistently been shown to be more likely than others to care for minorities and those who are uninsured or underinsured."

Expansion in US medical school class size provides an opportunity to specifically target students who are more likely to improve access for underserved populations.

The study is significant because in recent years, programs have shifted away from race-based policies or affirmative action to policies directed at those from socioeconomically disadvantaged backgrounds regardless of race, driven in part by legal challenges to affirmative action. However, the analysis by Shipman and Saha of the service patterns of health professionals according to their race and socioeconomic background revealed that race continues to be a major factor in the pairing of physicians and their patients.

"Fourteen studies provide evidence that minority practitioners are more likely than their nonminority counterparts to care for patients who are poor, insured by Medicaid, without health insurance," the authors write. "Socioeconomic factors will not effectively substitute for race and ethnicity as predictors of serving the underserved."