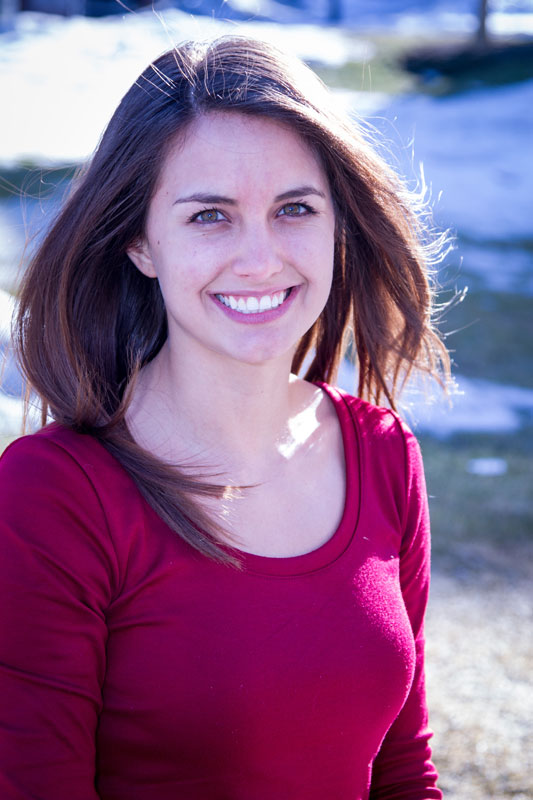 One day, while Michaela Staley ('17) and other volunteers with a local nonprofit organization were out in the Arizona desert providing food and water for undocumented immigrants crossing the border, something unusual happened.

"We encountered a group of migrants," she recalls. "A man called out to us when he saw us coming and asked for our help." Wary of border patrol, migrants don't risk making their presence known; the sighting meant that something was wrong. The man led the party of volunteers to a group of nearly 20 people huddled in a crevasse. One of the women was pregnant and a man who was vomiting clearly needed immediate medical attention.

Staley felt helpless. It was a serious situation that the volunteers were not equipped to handle. In the last decade, more than 2,000 migrants have died while walking through the Arizona desert's harsh climate and rough terrain.

"I realized that the only way the outcome of that scenario would have been different, other than changing policy, is that if I had been a physician I would have been able to help them," says Staley, who was pursuing an undergraduate degree in global health at Arizona State University. "It was an eye-opening experience for me and it shaped the way I approached my education.

"I turned my attention inward and began thinking more critically about domestic issues. We typically think of global health in the context of poorer countries, but extreme poverty and human rights abuses are occurring here at home and urgently need attention, too," she notes.

Also an advocate for women's rights, Staley believes that women's health is intricately connected to a community's ability to sustain and take care of itself. People are increasingly realizing that women are key to unleashing the power within a community, she says.

Staley's interest in global medicine springs from multiple experiences, one of which is the incident in the desert with No More Deaths, a grassroots organization that provides humanitarian aid to undocumented Mexican immigrants crossing into the United States. Following that experience, she continued working with the Latino population throughout her undergraduate years, which is something she wanted to continue while in medical school.

When she began applying to medical school, she narrowed her focus to a few schools with the strongest programs in global health, "and Dartmouth consistently appeared among the top three," Staley says.

Although Dartmouth's Geisel School of Medicine is the smallest of the schools she considered, Staley says, "Geisel's close-knit community offered more opportunities to build relationships with both faculty and fellow students—having graduated from a large university, I appreciate the value in that. At a larger school, you are just a face in the crowd."

As a member of the Center for Health Equity's inaugural group of global health scholars, Staley says she is immersed in the "great things happening at the school in global health and development." The small, cohesive group is actively involved with further developing the school's global health program. So far, they have sought funding for international internships, created a speakers bureau to discuss topics relevant to the field of global health, established a journal club to further discuss health equity issues, and created a website that's now in a beta testing stage.

"I'm connected to people who are like-minded," she says of her fellow scholars. "It's really exciting that there are so many people here who are not only interested in global health, but who can also think about it in very serious and intentional ways.

"I'm really happy with my decision to come to Geisel—it's the best place for me," she says.