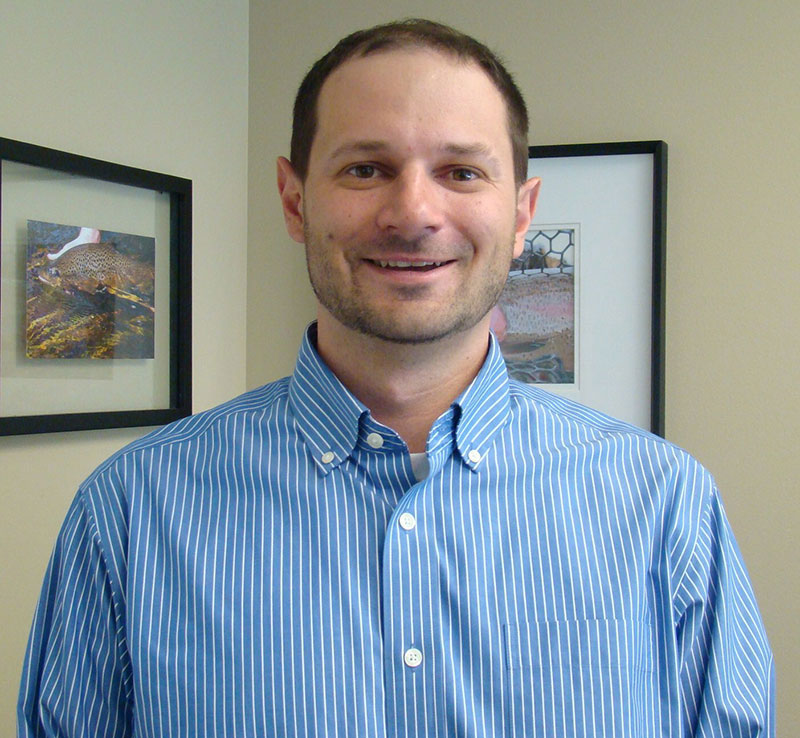 Robert Cramer, Ph.D., an assistant professor of microbiology and immunology at Geisel 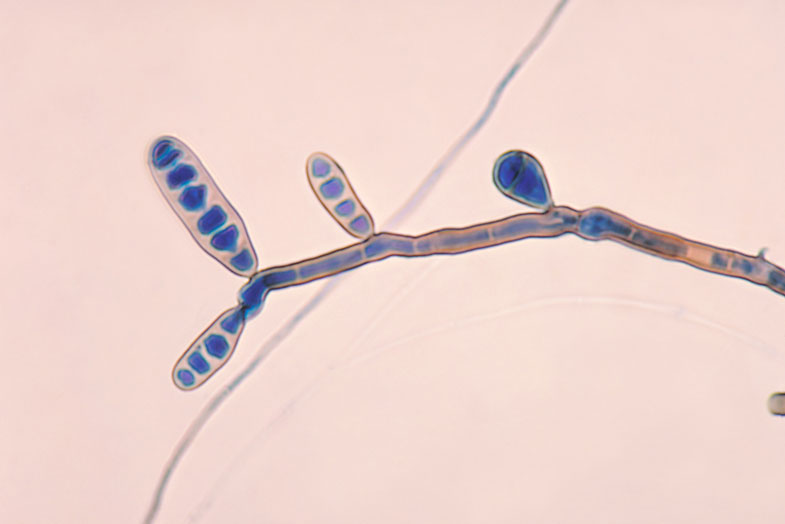 A micrograph of Exserohilum rostratum, the fungus that has caused almost every case of fungal meningitis in an ongoing outbreak. Image Credit: CDC/Dr. Libero Ajello

Since September, more than 500 cases of fungal meningitis have been diagnosed across the United States, all of them caused by contaminated steroid injections. More than 35 people have died from the infection. But the fungus that has caused almost all of the cases, Exserohilum rostratum, seems an unlikely threat. Robert Cramer, Ph.D., an assistant professor of microbiology and immunology and an expert on fungi, talks about the outbreak.

You have written about the increase in fungal infections among humans in recent decades. Why is that happening?
If you look back at the history of medicine, there are not a lot of references to fungal infections. In general, humans are resistant, fortunately. But in the 1960s and 1970s, organ transplantation started to become part of medical practice, and these procedures require suppressing the patient’s immune system. Also, as HIV spread in the 1980s, there were a lot of people who acquired the virus and eventually became severely immunocompromised and susceptible to fungal infections. And in just the last few years, targeting the immune system as a therapeutic for many diseases has become more common. An example is rheumatoid arthritis. Some of these patients have come down with fungal infections. The lesson is that while there are a few fungi that can cause disease in healthy individuals, the vast majority need a window opened, such as when our immune systems are compromised, to cause disease.

The recent outbreak is in people with an otherwise healthy immune system. What has made that possible?
By injecting the fungus directly into the cerebrospinal fluid (CSF), which is what happened in this outbreak, you bypass some of the initial physical barriers of the innate immune system. From the CSF, the fungus gets into the brain, where the immune system has a more difficult time fighting off pathogens. The brain is not an organ commonly exposed to microbial pathogens. And, as you can imagine, it’s a fragile organ. So these fungal spores are getting injected into a part of the body where our defense mechanisms are not as robust as they are in, say, the lungs, where we normally breathe in fungal spores that our immune system clears on a daily basis.

How does the fungus cause meningitis?
This fungus isn’t very well studied because it has caused so few cases of human disease in the past. But what seems to be happening is that a lot of people are dying from strokes. And a general property of mold—which this fungus is one example of—is that when it gets into the human body it grows into the blood vessels. That can cause problems in a couple of ways. One is that the fungus itself can clog up blood vessels from its growth. The infection also stimulates an immune response, which recruits immune cells that can block a blood vessel. The other way the fungus causes disease is by damaging tissue. It secretes enzymes that more or less digest our tissue, allowing the fungus to grow and continue to invade.

Humans are more closely related to fungi than they are to some other pathogens, such as bacteria. Does that complicate treatment?
It makes treatment very complicated. People tolerate most antibiotics really well. But because fungi and humans share a lot of the same genes and proteins, antifungals can be very toxic to humans. It’s hard to give high doses of the drugs without causing side effects. Damage to the liver and kidney is very common. Also, the patients have to be on the drugs for long periods of time. So the therapeutic strategies that physicians have to use against these organisms are very challenging. In these particular infections, you have the added challenge of getting the drug to where the fungus is located in the CSF and brain.

Does the immune system respond to fungi in the same way that it responds to bacterial infections?
Yes and no. Some of the basic mechanisms are the same, but the players are different. There are specific genes in the immune system that seem to be there primarily to respond to fungi. There are also fungal pathogens that have evolved to cause disease in mammals. Fortunately, those infections tend to be diagnosed early. But when fungi do become agents of disease, the outcomes are often very poor. As examples, both frog and bat populations are being decimated right now by fungi. There are theories that selective pressure from fungi was a driving force in the evolution of the human immune system, because fungi are so abundant in the environment, and you can imagine that if humans and other mammals did not have mechanisms to ward off these organisms our species may not be what it is today.

There is still a lot to be learned about fungi and how they interact with humans in order to come up with better treatment strategies.