Audrey and Theodor Seuss Geisel's creative passion continues to raise children's literacy and development around the world by educating, entertaining and amusing. 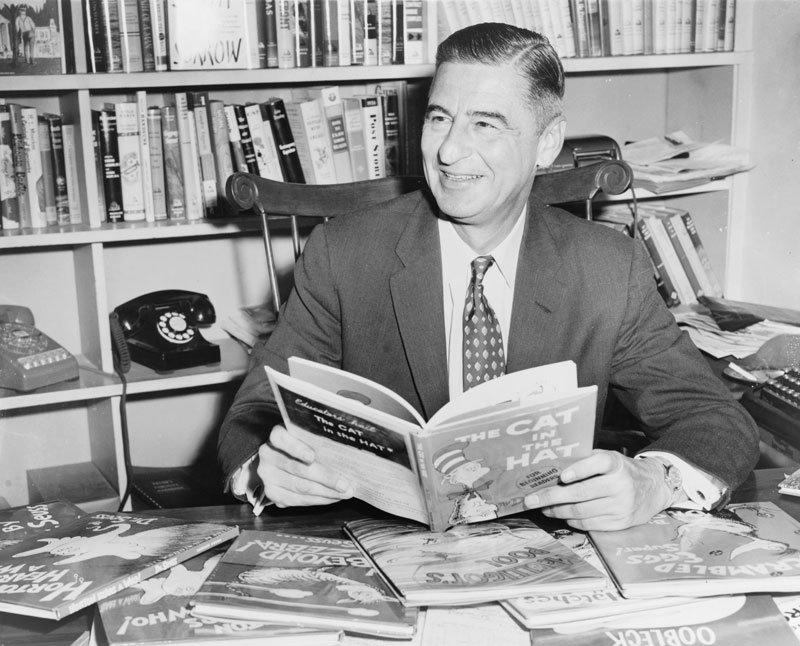 Ted Geisel was born March 2, 1904 in Springfield, Massachusetts. As Dr. Seuss, he authored and illustrated more than 50 children's books that have been translated into more than 20 languages. He won a Pulitzer Prize, three Academy Awards, two Emmys, and two Peabody Awards for his literary creations. He published his first children's book, And to Think That I Saw It on Mulberry Street, in 1937, and went on to pen many well-known classics, including, The Cat in the Hat, How the Grinch Stole Christmas!, Horton Hears a Who!, The Lorax, The Sneetches, and Green Eggs and Ham. You're Only Old Once!, a book for readers over 50, follows its character through a series of medical check-ups and the process of being "properly pilled" and "properly billed."

As a student, he wrote for and eventually became the editor-in-chief of Dartmouth's humor magazine, The Jack-O-Lantern. On April 11 of his senior year, Geisel organized a party for the The Jack-O-Lantern staff to celebrate the spectacular success that the humor magazine enjoyed during his tenure as editor. Geisel and company's revelry was not well received by the dean, and Ted was told to resign from all extracurricular activities at Dartmouth, including the college humor magazine.

In order to continue work on The Jack-O-Lantern without the administration's knowledge, though, Geisel began signing his work for the first time with the pen name "Seuss."

In addition to his celebrated children's books and productions, Geisel also worked as a political cartoonist, as an illustrator for advertising campaigns, and in the animation department of the U.S. Army during World War II. His prolific writing continued throughout his life. He wrote Oh, the Places You'll Go! when he was 86 years old, and was working on scripts for a movie version the week before his death at age 87 in 1991. His birthday of March 2 is now aptly recognized as National Read Across America Day in the United States. 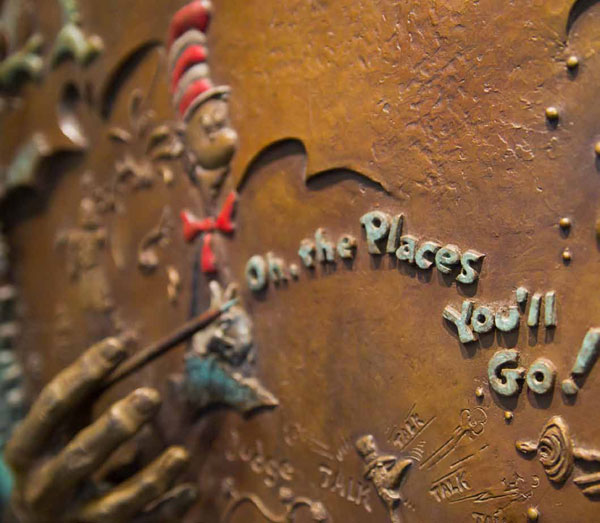 Audrey Geisel was born in Chicago and grew up around New York City. She followed her mother's professional path and became a nurse, working at Cambridge City Hospital in Massachusetts, among other hospitals.

Audrey has two daughters: Lark Grey Dimond-Cates is a sculptor in California. She created the 22 bronze sculptures that compose The Dr. Seuss National Memorial Garden in Springfield, Massachusetts, and also was commissioned by Dartmouth to create a Dr. Seuss-themed bas relief for the Theodor Seuss Geisel 1925 Room at Dartmouth's Baker-Berry Library. Another daughter, Lea Dimond, lives in California and owns a children's bookstore in San Francisco called Thidwick Books. Thidwick, the big-hearted moose, is a Seuss character.

Recipient of an honorary degree from Dartmouth in 2000, Audrey Geisel serves as President of Dr. Seuss Enterprises and oversees the management of Dr. Seuss-licensed characters. She was the executive producer alongside Christopher Meledandri, a 1981 Dartmouth graduate, on 20th Century Fox Animation's adaptation of Horton Hears a Who! in 2008, and has supported the creation of the new PBS animated series The Cat in the Hat Knows A lot About That! Audrey Geisel worked with Random House in 2011 to publish The Bippolo Seed and Other Lost Stories, which assembled seven "lost" Dr. Seuss stories originally published in the early 1950s. The publisher referred to the book as "the literary equivalent of buried treasure." Audrey and Meledandri joined forces again to produce The Lorax, an animated 3-D movie which premiered March 2, 2012. 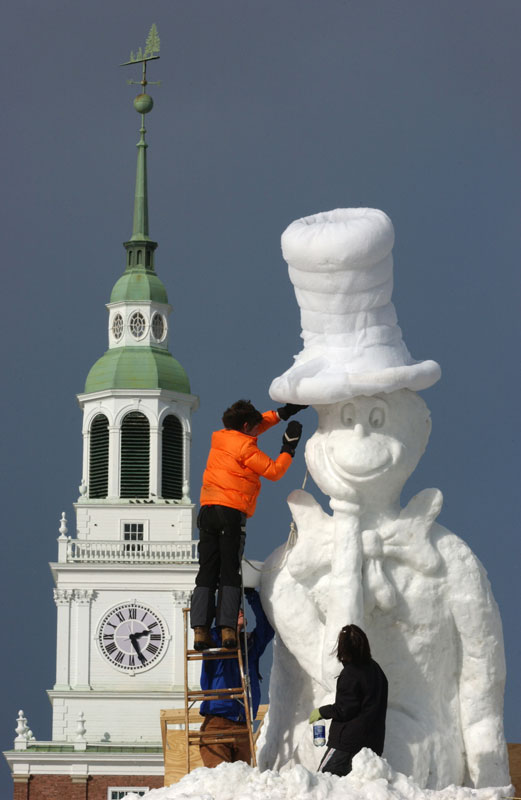 A long-time resident of La Jolla, California, Audrey is deeply involved in numerous charities and organizations in the San Diego area, including the University of California at San Diego, the San Diego Council on Literacy, National Center for Family Literacy, La Jolla Playhouse, Old Globe Theatres, San Diego Zoological Society, United Through Reading, and many others. She was recently awarded the prestigious UC San Diego Chancellor's Medal, and was also recently honored by San Diego Business Journal with the "Women Who Mean Business" Lifetime Achievement Award.