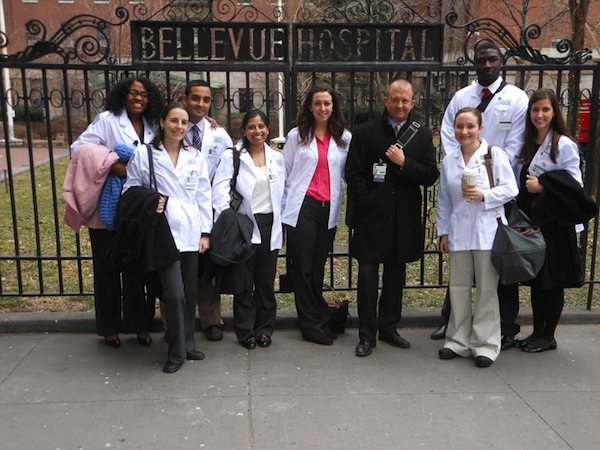 In January of the 2012/2013 Geisel academic year, four MS2 Geisel School of Medicine Scholars (Swapna Sharma, Emily Carson, Katherine Zeitler and Joseph Graterol) and five MS1 Geisel School of Medicine Scholars (Asha Clarke, Bianca Williams, Inyang Jr Udo-Inyang, Asha McClurg, and Evelyn Bae) visited the city of New York, a city which boasts an incredibly diverse racial, ethnic, and socioeconomic population. A number of the city's hospitals and other healthcare organizations are still recovering from the recent flooding and damage brought on by Hurricane Sandy. The Scholars were thus presented with the unique opportunity to learn about the city's immediate and long-term response to this natural disaster, as well as the ways in which New York's more vulnerable populations were affected by the emergency evacuation and could be better protected in the future.