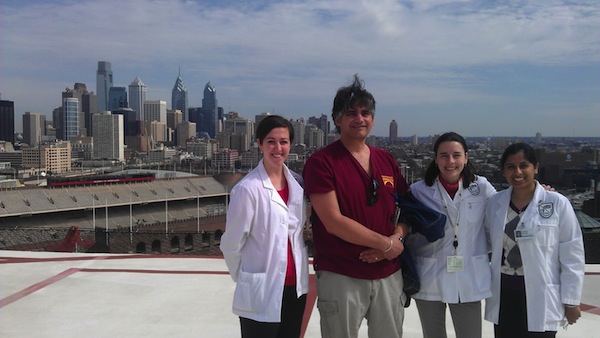 During the Spring break period of the 2011/2012 Geisel academic year, all four MS1 Geisel School of Medicine scholars (Swapna Sharma, Emily Carson, Katherine Zeitler and Joseph Graterol) visited the city of Philadelphia, a city with a considerably diverse racial, ethnic, and socioeconomic population, and a great model for learning about urban medicine.

During their trip, the scholars had the opportunity to shadow in bustling community clinics, attend a conference at CHOP about Asthma Disparities, and tour a homeless shelter serving runaway youthâ¦ among many other things! The scholars were also fortunate to meet with several Geisel alumni who currently reside in Philadelphia. Dr. Roy Wade, however, deserves a special mention. Dr. Wade, a well-known Geisel alumnus who is now a Clinical Scholars Fellow with the Robert Wood Johnson Foundation, played a very significant role in making this trip possible for the scholars.