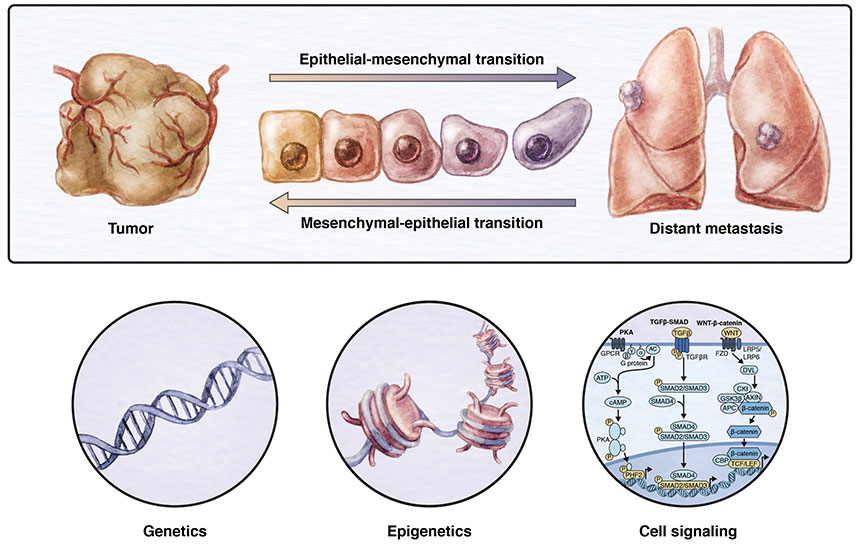 Two main issues confound the treatment of basal-like breast cancers, as well as other carcinomas. Firstly, most deaths from carcinomas (~90%) result from metastatic spread of the disease to distant sites rather than from the primary tumors. Secondly, the development of therapeutic resistance to initially treated tumors results in the relapse of cancers into more aggressive forms. Both of these properties of aggressive carcinomas can be traced to intrinsic intratumoral heterogeneity, which can arise through various mechanisms, prominent among these being the presence of subpopulations of cancer stem cells (CSCs) in carcinomas. Several lines of evidence indicate that these cells are intrinsically more resistant to many forms of conventional therapy and, at the same time, capable of regenerating tumor regrowth following cessation of therapy.

Intratumoral Heterogeneity and Cancer Stem Cells
The existence of stem-like populations within tumors is well documented and remains a major obstacle to achieving better therapeutic outcomes.  Numerous studies have explored the unique properties of CSCs, however, the mechanisms by which they arise within tumors are unknown. Understanding these mechanisms may present novel opportunities for therapeutic intervention and curb therapy resistance.  There exists at least one process that is known to generate CSCs within tumors - The epithelial-mesenchymal transition.

Epithelial-Mesenchymal Transition
The epithelial-to-mesenchymal transition (EMT) represents a program that leads to the formation of neoplastic mammary epithelial stem cells that exhibit CSC-like properties. During passage through an EMT, epithelial cells lose their characteristics of cell-cell adhesion, lack of motility, and apical-basal polarity, and instead acquire mesenchymal properties that confer on them migratory and invasive powers. The CSCs that are generated when neoplastic cells undergo an EMT are known to be more resistant to various chemotherapeutic drugs. Hence, a proper understanding of the EMT program is an essential prerequisite to developing effective therapies against the subpopulation of CSCs that are responsible for the generation of aggressive metastatic carcinomas, are resistant to therapy, and are capable of generating relapse both in sites of primary tumor formation and site of dissemination.