Emerging data point to significant effects of arsenic during the vulnerable window of fetal development and early childhood. Altered immunity is among the key pathways identified in experimental studies and in highly exposed populations. But such studies do not exist in the US at levels relevant to our population. Infectious diseases are responsible for the majority of early childhood deaths worldwide. In the US, infections are the most common causes of illnesses in children, and allergy and atopy have become a widespread source of childhood morbidity. Our study builds on an established cohort study to determine whether common exposure levels of arsenic and other contaminants influence children’s immune response including risk of infection, allergy/atopy, vaccine response and intestinal microbial acquisition. The cohort comprises 1,000 mother-infant dyads who are residents of New Hampshire and obtain household water from private wells, a potential source of arsenic exposure in the region. We now have compelling preliminary data both from animal studies and early epidemiologic data from our cohort that indicate aberrant immune function and clinical phenotypes related to arsenic exposure that support our hypotheses. Further, recent discoveries are beginning to uncover the fundamental role that the establishment of microbiome early in life plays on immune development and competency as well as in metal biotransformation. Our team has acquired the expertise to evaluate environmental influences on the developing microbiome and are poised to translate recent experimental findings on As and intestinal microbial composition during the critical neonatal period.

To our knowledge this is among the first prospective molecular epidemiologic studies of As and child health in the US, and among the only children’s cohorts with detailed childhood infection information along with other immune-related variables. Thus, using a state-of-the-art, multidisciplinary approach, we have a unique opportunity to relate both clinical and biologic markers of immune function with multiple routes of As exposure (i.e., via water and food) using biomarker measurements (maternal As exposure during pregnancy via urine and toenails, and infants exposure during their first five years of life via nails, urine) in collaboration with Project 2, along with mechanistic changes (e.g., placental epigenetics, gene expression profiles) in collaboration with Project 3. 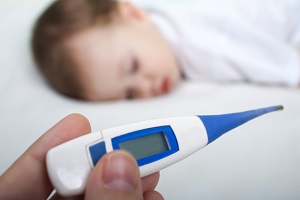