(Lebanon, NH 03/21/2014)—Dartmouth researchers at its Norris Cotton Cancer Center have compiled a review of the role that information gathered through genetic testing plays in the diagnosis and treatment of breast cancer. The paper entitled "Personalized Therapy for Breast Cancer" was accepted on March 17, 2014, for publication in Clinical Genetics. The paper discusses targeted therapies, new biomarkers, and the quality of commercially available testing methods.

Genomic testing is changing the way breast cancer is diagnosed and treated. By examining a woman's genes to look for specific mutations or biomarkers, treatment can be personalized to the tumor cell's biology and a woman's genetics.

"A personalized approach increases the precision and success of breast cancer treatment," said Gregory Tsongalis, PhD, director of Molecular Pathology at Norris Cotton Cancer Center and lead author of the paper. "Molecular profiling exposes a tumor's Achilles' heel. We can see what messages the tumor cells are receiving and sending. It is a biological intelligence gathering mission in an attempt to interrupt the disease." 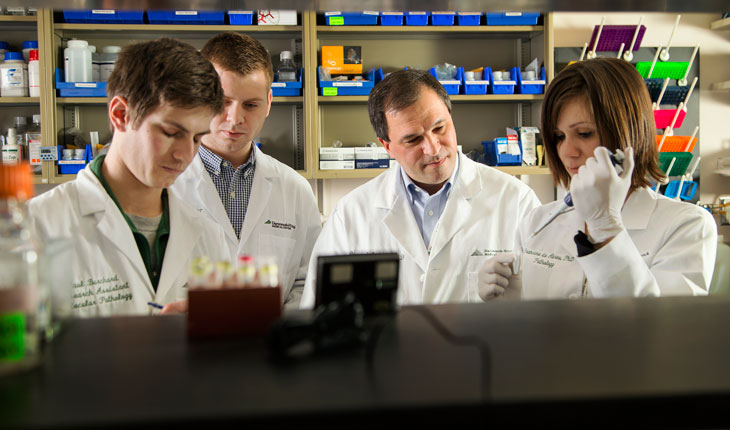 With results from the genetic testing of a tumor cell's biology, clinicians categorize breast cancer in ways that allow them to select the most effective treatments. Based on genetic biomarkers, there are three categories of breast cancer:

"Genomic testing of breast cancer has expanded our understanding of the disease process and has proven more effective than traditional laboratory tests," said Tsongalis. "At NCCC all of our breast cancer patients are tested for abnormal copies of the HER2 gene using specially designed DNA probes."New biomarkers and the reclassification of cancers based on these biomarkers has led to the development of new, effective treatments that can be personalized to an individual breast cancer patient."