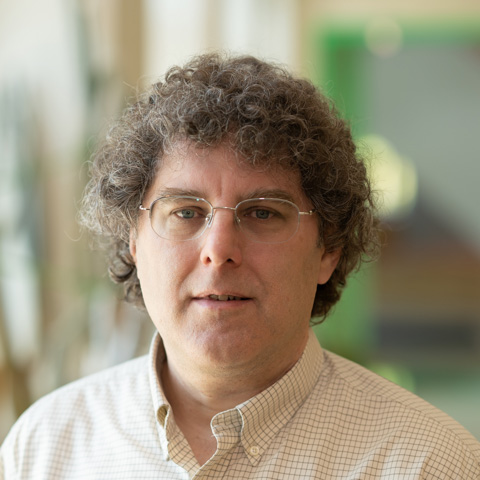 Our research focus is the cerebral cortex, an area of the brain that serves as the biological substrate for the higher cognitive functions that define us as individuals. We wish to identify the mechanisms by which individual cortical neurons process and transmit information within the cortical circuit. To accomplish this we employ electrical and optical recording techniques that measure neuronal activity in neocortical neurons under a variety of experimental conditions.

Currently, we are investigating signal transduction events that are mediated by a variety of "modulatory" neurotransmitters that are critical for normal cognition and directly involved in many neurological and psychiatric disorders. These modulators (such as acetylcholine, serotonin, and dopamine) activate a variety of receptor subtypes to initiate biochemical signaling cascades within neurons that influence excitability and synaptic transmission. Because there are many different cell types within the cortex, each expressing a unique combination of receptors, neuromodulators can have different, or even opposite, effects on specific neuronal subpopulations. By examining how neuromodulators regulate the activity of many types of cortical neuron, we aim to identify their functional role in facilitating information flow within cortical circuits. This knowledge will provide insight into normal cognition, and may reveal mechanisms contributing to neurological and psychiatric disorders, such as major depression, schizophrenia, and age-dependent dementia.

There are are great many mysteries regarding the physiology of the neocortex that remain to be discovered. Among other opportunities, students may wish to consider:

1. Identification of the molecular mechanism(s) by which G-protein-coupled receptors regulate the output of cortical neurons.
2. Characterization of the synaptic release processes that are modified by presynaptic metabotropic and ionotropic receptors.
3. Determination of the role of calcium in regulating the activity of cortical neurons.
4. Revealing plasticity in serotonin receptor expression in cortical neurons driven by selective serotonin reuptake inhibitors (SSRIs) such as fluoxetine.
5. Characterizing the impact of neuronal morphology in synaptic integration.

Dr. Gulledge received his B.S. in Psychobiology from the University of California, Riverside in 1991, and his Ph.D. in Biology from the University of Texas, San Antonio in 2000. He then conducted postdoctoral research at the Australian National University (2000-2005) as an NSF International Research Fellow, and at the National Institute for Physiological Sciences in Okazaki, Japan (2005-2007), as a JSPS Postdoctoral Fellow. Dr. Gulledge joined the faculty of Dartmouth Medical School as an Assistant Professor of Physiology in 2007, and has been an Associate Professor in Physiology and Neurobiology since January, 2015.