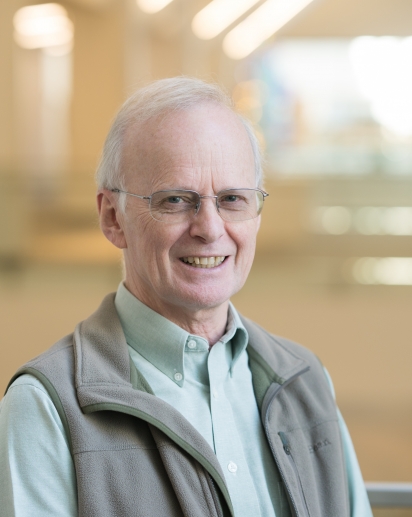 Molecular Therapeutics of Cancer Research projects in Dr. Eastman’s laboratory are focused on preclinical development of novel cancer chemotherapeutic strategies, using novel therapeutic agents often as modulators of the response to established drugs. Cancer cell lines exhibit very variable responses to these strategies, so it is predicted that tumors will also have variable response such that some will be highly sensitive. The goal therefore is to define the mechanisms of sensitivity and develop clinical trials targeted to patients with sensitive tumors.

Current studies are directed at understanding how anticancer DNA damaging agents kill cells, and how this can be enhanced. After a potentially lethal insult, cells progress through the cell cycle and arrest in both the S and G2 phase. The arrest permits time for repair such that the cells can recover. Inhibitors of these checkpoints have been developed that overcome arrest, driving the cells through S and G2 and then through a lethal mitosis. We previously performed a clinical trial with the Chk1 inhibitor UCN-01 in combination with cisplatin but the drug exhibited unfavorable pharmacokinetics. We are now focused on a third generation Chk1 inhibitor SRA737 that has just completed Phase I clinical trials. Recently we observed that inhibition of Chk1 dramatically sensitizes cells to the antimetabolite gemcitabine that inhibits DNA synthesis. Stalled replication forks are dependent on Chk1 for stability such that inhibition of Chk1 results in fork collapse, DNA double-strand breaks and cell death.
Current experiments are directed to further preclinical development of SRA737 in combination with the antimetabolite gemcitabine with the goal of performing a clinical trial of these combinations. Critical to these clinical trials will be analysis of tumor biopsies to confirm cell cycle perturbation and inhibition of Chk1 at doses that are tolerated by the patient. We have also observed that a small subset of tumors are very sensitive to Chk1 inhibitors as single agents suggesting a potential chemical synthetic lethal interaction. Current experiments are directed to determining the underlying mechanisms so we can predict which patients might be most susceptible to this therapy.

Other studies are directed toward enhancing apoptotic cell death of tumors. Of particular interest to cancer is the observation that certain oncogenes and tumor suppressor genes can either enhance or prevent apoptosis. There are many inducers of apoptosis such as anticancer agents, immune signals, and removal of growth factors that activate multiple pathways converging on a final common execution phase. This research program is aimed at understanding these pathways as an approach to identifying novel targets for improving therapeutic outcome. We have shown that the rate of apoptosis induced by anticancer vinca alkaloids (e.g. vinblastine) can be greatly enhanced and accelerated by inhibiting the anti-apoptotic proteins of the Bcl-2 family; the majority of cells die within 4 h. Various leukemia cell lines depend on different members of this family and are therefore sensitized by different inhibitors and strategies. Vinblastine also activates the c-Jun N-terminal kinase (JNK) as a required step in this rapid apoptosis. We are interested in drug combinations with small molecule inhibitors of Bcl-2 proteins, and have shown that many activate the endoplasmic reticulum stress response leading to up-regulation of pro-apoptotic Noxa. These experiments have catalyzed a Phase I clinical trial with a novel microtubule-targeting drug, BNC105P, that like vinblastine, also induces NOXA.