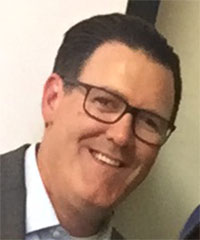 Shawn has been working to create innovative programs in the social justice field over twenty-five years since he first volunteered at the Spotted Eagle Elementary School in Duluth, Minnesota. He is a member of the Bois Forte Band of Ojibwe in Northern Minnesota where his family has harvested wild rice for generations.

For over ten years, Shawn has been the Director of the Office for Diversity, Inclusion, and Community Engagement at the Geisel School of Medicine at Dartmouth. Shawn is responsible for developing, implementing and overseeing the Geisel School of Medicine's diversity programs and executing its mission of promoting a climate of unity and respect. He is the academic advisor to the Urban and Rural Health Scholars Programs. He also serves as an advisor to minority students and student groups, and works to ensure the success and retention of all minority students, faculty, and staff. Shawn was selected by medical students for induction into the Gold Humanism in Medicine Honor Society for Outstanding Mentorship in 2006 and 2021. In 2017, Shawn also received the Holly Fell Sateia Award, a Dartmouth College social justice award that pays tribute to a faculty or staff member who is an enthusiastic and effective leader in advancing diversity and community.

Shawn came to Geisel from the University of Maine where he served as Assistant Director of the Native American Center. Prior to coming to New England, Shawn worked in his home state of Minnesota developing minority recruitment and retention strategies, based on an individualized student service philosophy, at the Center of American Indian and Minority Health, University of Minnesota Duluth School of Medicine. He chaired the Indians into Medicine advisory board and was the liaison between the medical school and the thirty-four reservation communities in Michigan, Minnesota, Wisconsin and Iowa. Shawn also worked for the Minnesota Chippewa Tribe's Educational Talent Search Program where he worked to promote the educational needs of first generation American Indian students.

Wherever Shawn lives and works, he is actively engaged in the community. He served as a youth hockey coach and has coached over forty hockey teams the past nineteen years in Minnesota, Maine, New Hampshire, and Canada. While in Minnesota, he was appointed by Minnesota Governor Arne Carlson to the Juvenile Justice Advisory Committee for his work with high school and college dropouts in the correctional system.

Back to UHS Home