DICE representatives are student leaders elected from each class that promote inclusivity and respect within the Geisel community by: 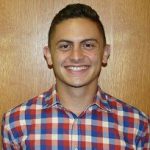 Jacob is a Chicago native and graduate of the University of Wisconsin-Madison. He graduated in 2015 with a degree in Biology and minor in Global Health. During his junior year at UW, Jacob organized a semester of fieldwork in the cone of South America where he found himself in such settings as a volunteer in a Patagonian national park to a community health worker in Buenos Aires. This latter experience, combined with his senior year involvement with an LGBTQ healthcare advocacy organization, piqued his interest in HIV/AIDS services and healthcare in medically underserved communities. Jacob then served as an AmeriCorps member in the HIV program of a Federally Qualified Health Center in Chicago in the year following his graduation. The experience of providing health education, program support, and HIV testing services all helped solidify Jacob's commitment to joining the fight for health equity, especially for people living with or vulnerable to HIV. Through his time at Erie Family Health Center, Jacob came to understand that HIV does not exist in a vacuum, but rather at the intersection of many other co-occurring social and medical issues ranging from substance misuse to unequal access to healthcare. This desire to understand "epidemics" in all in their interdisciplinary nuance helped motivate Jacob's decision to focus on urban health while at Geisel. As an Urban Health Scholar, Jacob hopes to better understand the forces that shape health disparities through direct service and learning alongside a group of peers equally committed to positive change in urban underserved areas. 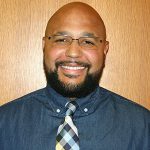 Chad originally hails from San Francisco, CA. Shortly after graduating from high school, he enlisted in the Marine Corps a few weeks after the attacks on Sept. 11th, 2001 and eventually earned the rank of Sergeant. While serving, Chad completed a combat tour with the 24th Marine Expeditionary Unit (Special Operations Capable) in Iraq's infamous "Triangle of Death" from 2004 to 2005, and was also awarded the Humanitarian Service Medal by the Department of Defense for providing relief to the victims of Hurricane Katrina in New Orleans, LA.

After returning home, Chad completed his B.S. at Southern Illinois University at Carbondale and left the Marines in 2007 to work as a field engineer in the homeland security and telecommunications industries for a number of years. Most recently before matriculating at Geisel, he worked under the 17th Surgeon General of the United States, Dr. Richard H. Carmona while conducting public health research and managing multiple health promotion programs in low-income communities across the country. While there, he concurrently completed his Master of Public Health at The George Washington University in the spring of 2016, and was a recipient of the Andrew F. Pleasant Scholarship for Advanced Studies in Health Literacy and Prevention.

Chad is currently a member of the Student National Medical Association (SNMA)'s National Board of Directors and is a Co-Chair of SNMA's External Affairs Committee. His long-term career goals are to practice medicine in urban underserved communities while being a leader in the fields of public health, veterans' health, and youth development.