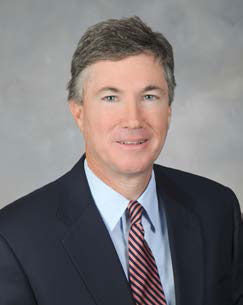 Tom Scully is a General Partner with Welsh, Carson, Anderson & Stowe, a private equity firm in New York, which is the most active US PE investor in healthcare. Tom joined the firm in 2004.

Mr. Scully was the Administrator of the Centers for Medicare & Medicaid Services (CMS), from 2001 to 2004. CMS administers Medicare, Medicaid, SCHIP, and is the largest agency in the U.S. Government, controlling more than $1.4 trillion a year.

At CMS, Mr. Scully had an instrumental role in designing and passing Medicare Part D and Medicare Advantage legislation. He initiated the first public reporting and disclosure for comparative quality among hospitals, nursing homes, home health agencies and dialysis centers.

Before joining CMS, Tom served as President and CEO of the Federation of American Hospitals from 1995 to 2001. The FAH represents 1500 privately owned hospitals.