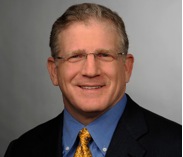 Ross is trained as an internal medicine physician, having attended medical school at Johns Hopkins and completing his residency training at the University of California, San Francisco, where he remained a part-time physician until 1995. He also holds an MBA from Stanford.

During his more than twenty-two years in venture capital, Ross has served on the boards of a number of successful life science companies, including Acclarent, St Francis Medical Technologies, Ablation Frontiers, Insulet, Therasense, and Novacept. He currently serves on the boards of Alter- G, Cerehex, Intersection Medical, Minerva Surgical, and Portaero. Ross has been recognized as a leading healthcare venture capitalist, including being the highest ranked medical device investor on Forbes Magazines' "Midas List" of the top 100 venture capitalists in both 2011 and 2012.

Active in the healthcare venture capital community, Ross is a Director of the National Venture Capital Association (NVCA) as well as a member of the NVCA Medical Industry Group and the NVCA Medical Innovation and Competitiveness Coalition (MedIC). He chairs the Board of the Children’s Health Council (Palo Alto, CA), and serves on the Board of Advisors of the Dartmouth Medical School and the Board of Advisors of the Dartmouth Institute for Health Policy & Clinical Practice.