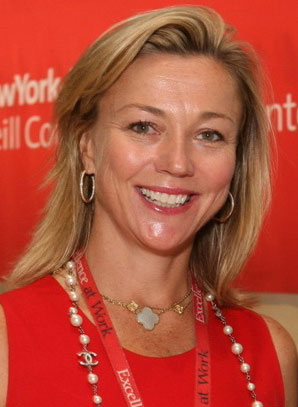 Holly S. Andersen, M.D. is a 1985 graduate of Dartmouth College where she majored in Neuroscience, received the Ernest T. Saeger Memorial Award for outstanding work in the premedical sciences and served as a research fellow under Nobel Laureate, Dr. D. Carelton Gajdusek at the National Institutes of Health.

Holly Andersen graduated with Honors from the University of Rochester Medical School where she was elected to the Alpha Omega Alpha Honor Society and awarded the Janet M. Glasgow Memorial Achievement Award from the American Medical Women's Association.

Dr. Andersen completed her internship, residency and fellowship at the New York Presbyterian Hospital, Cornell Medical Center where she additionally served as the Chief Medical Resident for the Department of Medicine. She is dual board certified in Internal Medicine and Cardiology, is a Fellow of the American College of Cardiology and the American College of Sports Medicine, and is an Associate Professor of Clinical Medicine, Attending Cardiologist, and Director of Education and Outreach for The Ronald O. Perelman Heart Institute at The New York Presbyterian Hospital - Weill Cornell Medical Center. She is the past director of the Medical School's cardiac pathophysiology course and founded and chairs the David E. Rogers Memorial Research Award competition for the Medical House Staff. In 2006 a Visiting Professorship in Integrative Medicine was endowed in her name at the Weill Medical College of Cornell.

Dr. Andersen has been selected as one of America's "Best Doctors" every year since 2001, and was named one of "America's Top Cardiologists" by the Consumers Research Council of America. She has published original work on mitral valve prolapse and presented at national and international conferences. She speaks extensively on preventive cardiology, cardiovascular disease in athletes and in women. She is a past Board Member for the Arthur Ashe Athletic Association, and currently serves on the Board of Trustees for Rockefeller University, the Michael J. Fox Foundation for Parkinson's Research, the International Women's Health Coalition.

Castle Connolly and New York Magazine have selected Dr. Andersen as one of New York's Best Doctors. She speaks extensively on cardiovascular disease, is on the medical advisory board of the Ladies' Home Journal, and has been an on-air consultant to ABC World News Tonight, CBS Evening News, NBC Evening News, The Today Show, Good Morning America, and The Fox Television Network.

Dr. Andersen is married to Douglas Hirsch '85. They live in New York City with their two children.