Ashley Dunkle is a second-year medical student and Global Health Scholar at the Geisel School of Medicine at Dartmouth. At the Ministry of Health in Greenland, she developed a report analyzing a possible national Colorectal Cancer Screening (CRCS) Program. This program was modeled after a successful CRCS Program in Alaska, a state with similar geographical, cultural, and climactic challenges as Greenland. Funded by the Dickey Center, she completed the final stage of a project started by Tuck students in which they developed an economic model to assess the costs of CRCS in Greenland under various scenarios.

“The past is fiction. The future is dream.” – Gretel Ehrlich, This Cold Heaven: Seven Seasons in Greenland

When most students think of global health summer internships, they imagine the warm African sun, sweating among saris in India, or working in crowded clinics in South America. Instead of flying closer to the equator, I packed a winter coat and heavy socks to head nearer the Arctic Circle. My home for the summer would be Nuuk, Greenland, capital of the largest island on earth. My task was to work with the Ministry of Health of Greenland to assess whether a colorectal cancer-screening program for this unique country was economically feasible.

Greenland is part of the Kingdom of Denmark. Despite gaining self-governance in 2009, they continue to receive significant economic support from Denmark. Eighty-one percent of Greenland’s landmass is covered by ice. This means that its ~57,000 inhabitants are spread amongst 17 coastal towns and 40 coastal villages that are not connected by roads. To travel between, one must take a boat, plane, or dogsled, each of which requires a specific season, appropriate weather, and resources. This leads to a unique challenge for access to healthcare. Village clinics are run by nurses and sometimes lay village health workers. To receive tertiary care, Greenlanders must travel to one of four regional hospitals, such as the national hospital in Nuuk, or to Denmark. There is no physician training in Greenland, though there is one nursing school in Nuuk. To fill in gaps in human resources for health, many of the country’s practicing doctors are consultants from Denmark who work in Greenland for a few months at a time.

These health access challenges faced by Greenlanders mean unique solutions are required to manage the burden of disease. One disease of interest is colorectal cancer (CRC). Currently, screening for CRC in Greenland is symptomatic or based on family history alone. However, early screening for CRC can save lives. In particular, a colonoscopy, the most sensitive tool, can also remove precancerous lesions at the time of screening. A colonoscopy can decrease the risk of death from CRC to less than 10%. Whereas once CRC develops, a patient has a one in two chance of survival, even with radiation and chemotherapy, which Greenlanders can only receive in Denmark.

The people of Greenland have many risk factors for colorectal cancer. Native Greenlanders often survive by hunting seal, reindeer, and the occasional polar bear (don’t worry environmentalists – this is regulated!). Some villages only get a few shipments of supplies each year to their local shops, meaning fruits and vegetables are scarce. Therefore, in addition to a high fat and meat diet, they also have a low fiber diet. Much of the meat is grilled, adding carcinogens to the food. This type of diet means the food is likely to move more slowly through the gastrointestinal tract giving greater opportunity for carcinogens to convert a cell into a pre-cancerous cell, putting them at greater risk for developing CRC. Additional risk factors for Greenlanders are cigarette smoke, alcohol use, and low exercise.

Last year, a group of first-year Tuck School of Business students were tasked with developing an economic model for what a similar screening program would cost in Greenland. The model looked at two different scenarios and two different populations. The Nuuk Scenario would fly all eligible patients to Dronning Ingrid’s Hospital, the national hospital, in Nuuk for a colonoscopy. The Regional Scenario would transport eligible patients to one of four regional hospitals or the national hospital for screening, and fly the doctors and nurses to those hospitals to conduct the screening. The models also assessed the cost difference of screening individuals aged 50-69 compared to aged 40-69, as it is hypothesized that Greenland Natives would similarly have early development of CRC like Alaskan Natives.

With an annual overall health budget of $1.8 million in Greenland, these economic models showed that CRCS via colonoscopies was not feasible. To screen 40-69 year olds via the Nuuk Scenario would cost between 7-8% of the health budget and via the Regional Scenario between 4-5% of the health budget over 11 years. One of the greatest costs was travel for patients, families, and clinicians given the expense of airfare in Greenland. Another was accommodation, which would likely require capital infrastructure investments to house the families and the patient being screened. For a country that has many healthcare challenges and other development needs, this is too high of an opportunity cost for one health program. However, CRC remains an important health issue to address in Greenland.

The conversation does not end here. What else can we design as possible solutions given the reality of this important disease? My colleagues at the Ministry of Health in Greenland are evaluating whether using a less sensitive stool test is more feasible in this scenario. This would mean more false positives and false negatives, but is superior to no screening. It would also require significant coordination and health education campaigns. Another option is to assess whether CRCS can be coopted into another cancer screening program, such as mammography, to offset some of the recurring costs. Regardless of the screening measure, it will be an important task to make sure the program reaches the unreachable—those Greenland Natives whose lifestyles may put them at greater risk but who are even less likely to access the healthcare system. 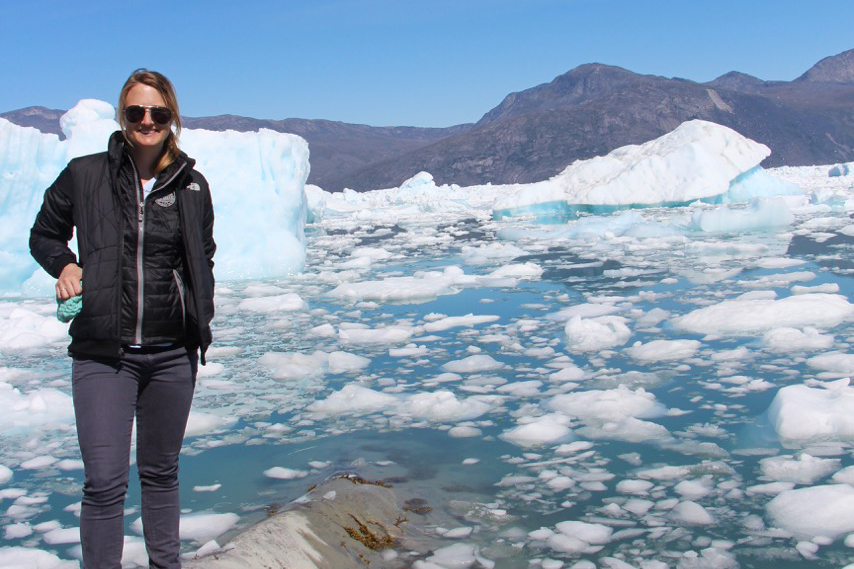 I would like to thank the Global Health Initiative and The Institute for Arctic Studies at the The John Sloan Dickey Center at Dartmouth College, and the Center for Health Equity at Geisel School of Medicine at Dartmouth, for supporting this opportunity. I would also like to extend my gratitude to the Ministry of Health in Greenland and my in-country supervisor Dr. Birgit Nicalsen for the warm welcome to Greenland and for all that I learned from you. I would also like to thank my mentor, Dr. Lisa V. Adams, for her endless support and encouragement to pursue my passion for health equity.